Yunnan, China – An eye opener in a different way

So, we have finally arrived in China! We had heard all sorts of things about China from a lot of different people. You know what I’m talking about.. But as you will see in this post, there is a quieter, chilled and incredibly beautiful part of China that will blow away all of your preconceptions about this mighty country.

Kunming is the capital city of the province of Yunnan, in the Southwest of the country (visit our map on the home page of this blog to have a look at where it lies. You can zoom in and out like on Google Maps). The city lies just north of the Tropic of Cancer, however due to the high altitude of 1,900 m the weather is mild, with “spring” conditions for nearly 3/4 of the year! This makes it an excellent area to grow lots of fresh produce and this is evident in the quality, and quantity of fresh fruit and vegetables you can buy on the street. Apparently, further south in this province, at lower altitude lies China’s very own “Mini-Thailand” where millions of Chinese flock annually to experience some tropical weather.

We were pretty much blown away when we arrived here. We had so many preconceptions about this place. We thought it would be like a giant crazy Bangkok, with worse air pollution. We were wrong. Have a look at the photos below (you can scroll with the arrows): 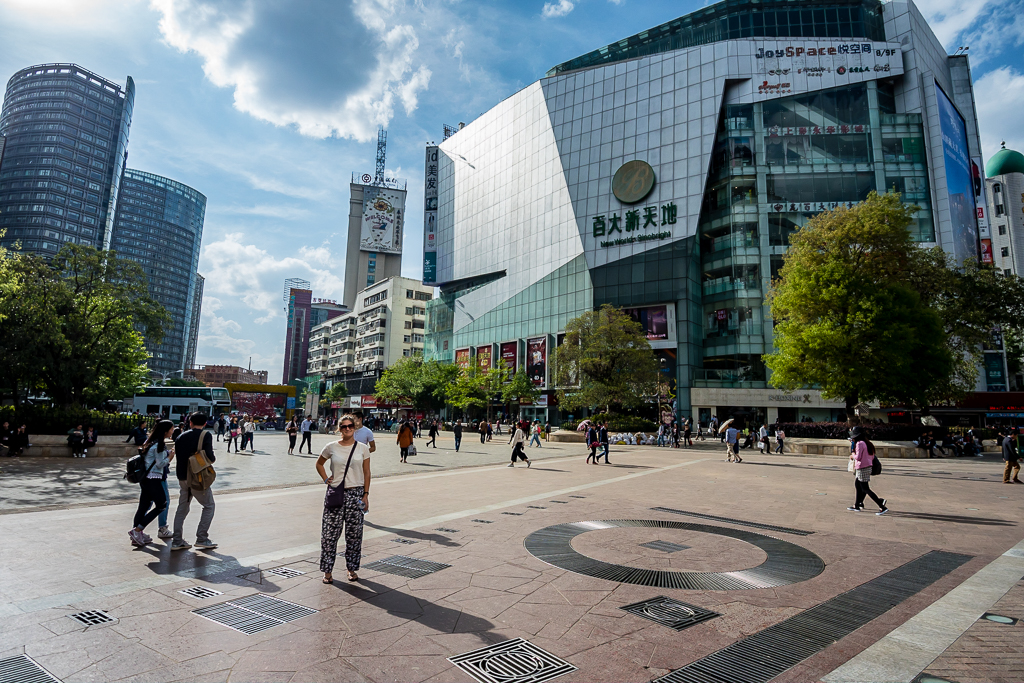 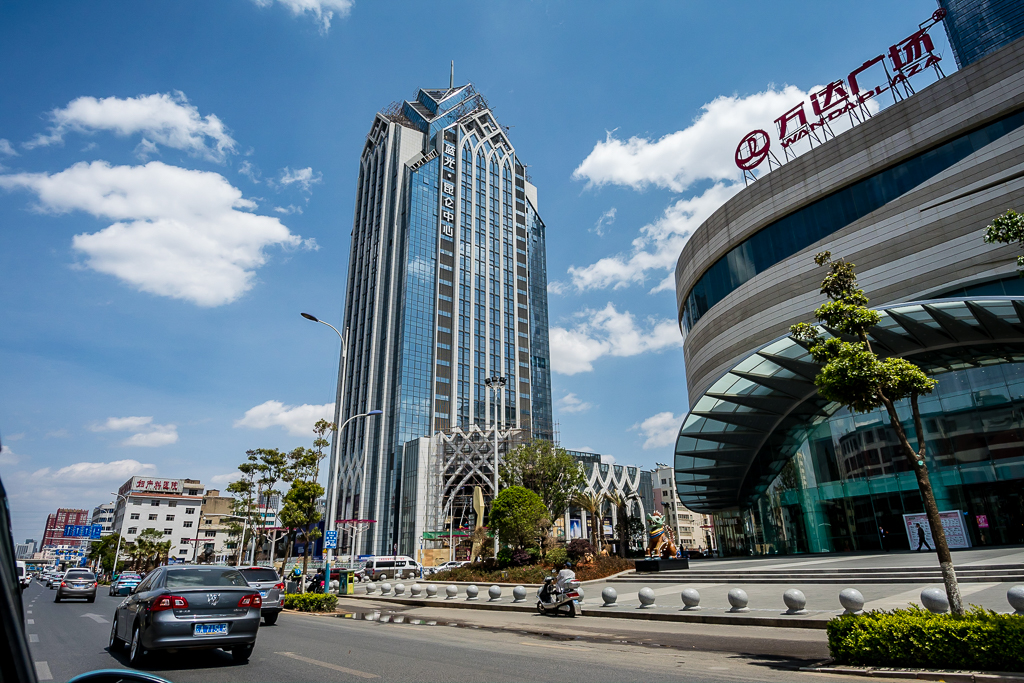 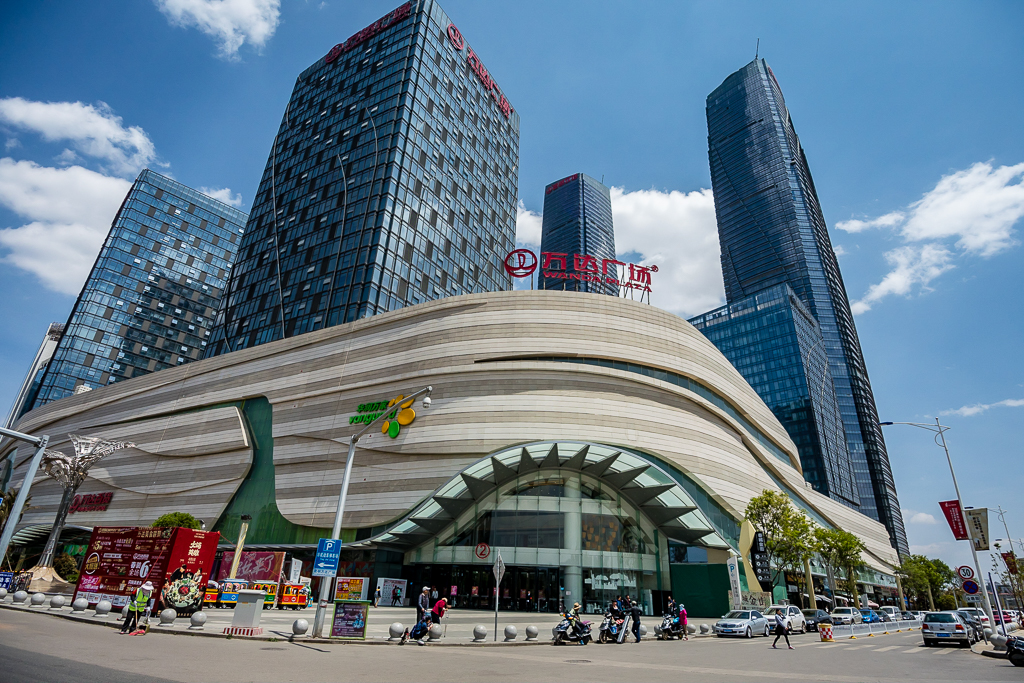 The sky was blue-as, and I could judge as I had recently returned from Bunker Bay to attend one of my best mates weddings (which was a bloody awesome wedding btw). The city was cleaner than Oslo, it had double decker buses and big wide streets, with green leafy trees. The people were chilled, and there are no petrol scooters here. Just green Electric bikes, and plenty of Hybrid Cars to give San fran a good run for it’s money! We didn’t know in which country we had landed!!

Now a bit of a caveat. Kunming has not always been like this. This won’t be a surprise to anyone though. We met an American on the flight in who has lived here for 20 years (perhaps he is Chinese now?). He told us that in 2006, there were zero 30 storey buildings in Kunming. Now there are 2,000 under construction!! What this means is that there are hundreds of 30 storey buildings that are just empty shells, like the picture below. Weird huh? And All of China is like this. Pretty Crazy. The government goes along with “Build it and they will come” referring to peasant farmers. Lets hope they are right. 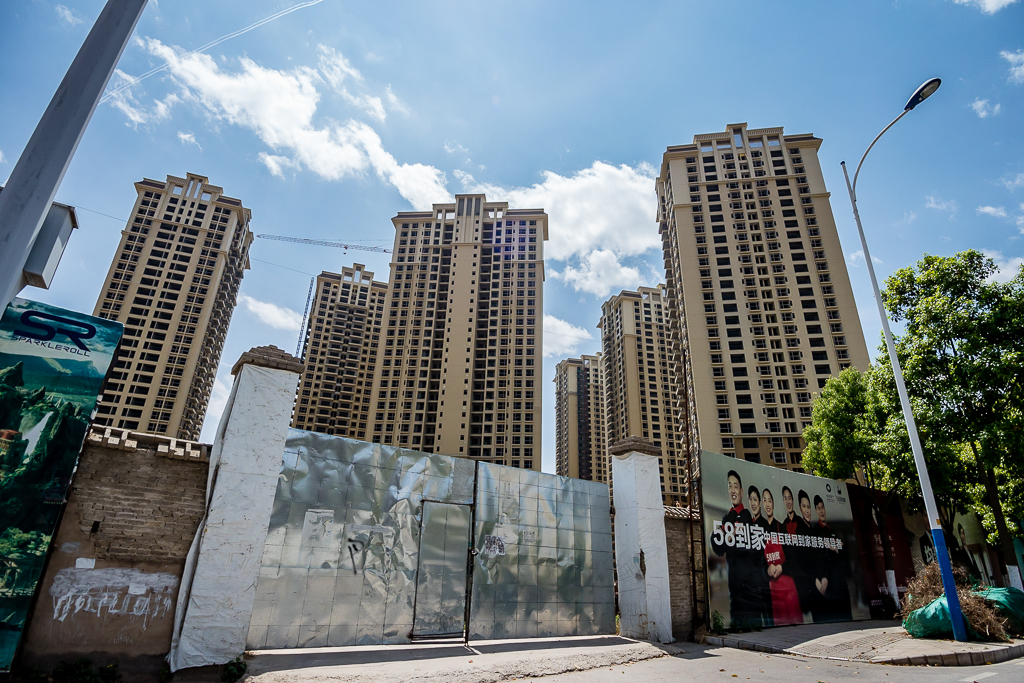 Overall though, this new city is clean and extremely liveable. There are many expats from all over who live here. And in fact in this whole Province, nearly half of the caucasians we have met are actually living in China. This region is relatively un-travelled by westerners, and for the life of me I can’t work out why.

Below are some more pictures of the city including a crazy market that sold many types of animals (including native Australian), a nice water landscaped park with some people doing some Square dancing that is very popular here, and some other pics 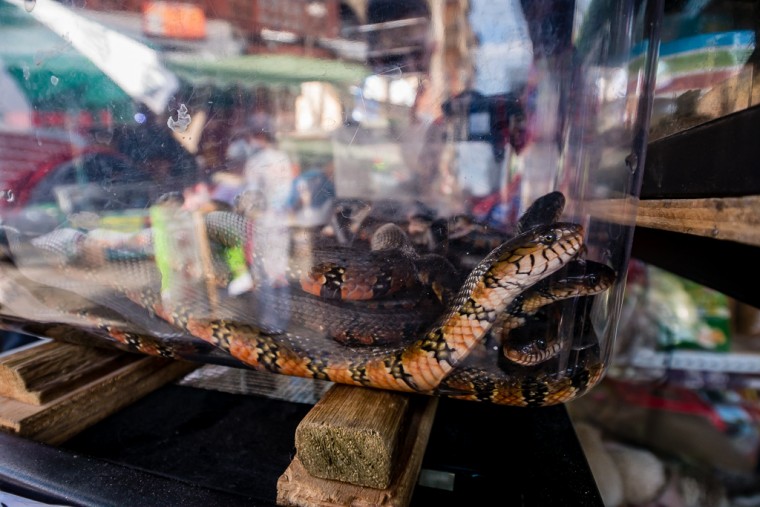 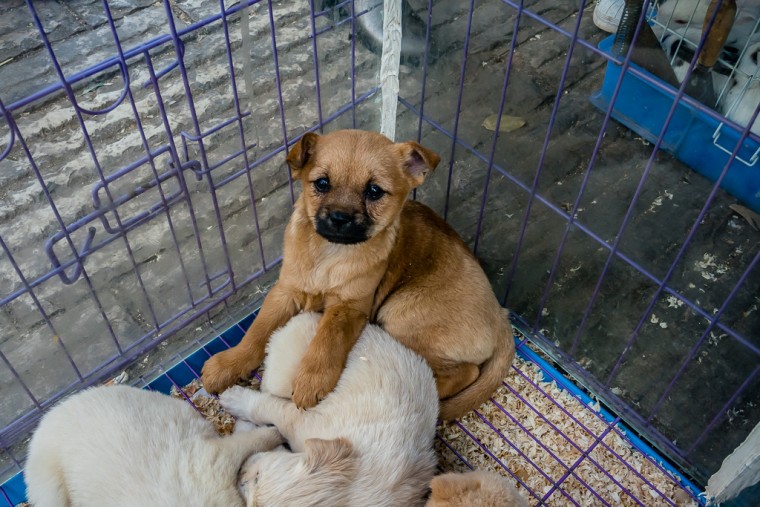 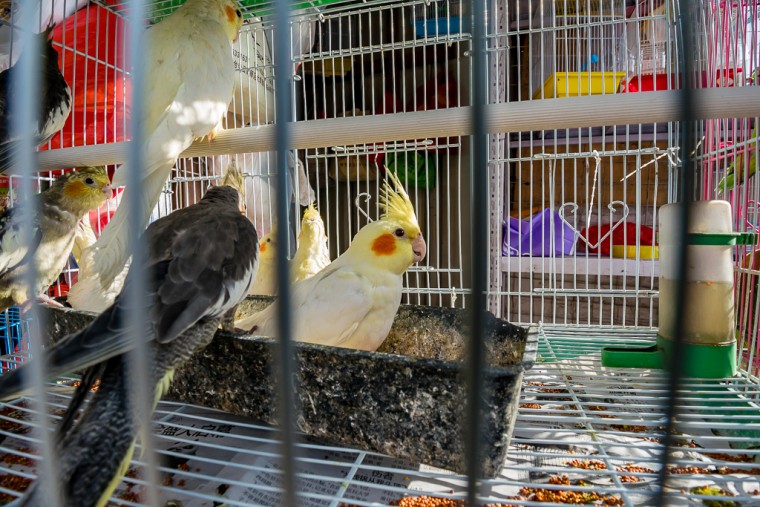 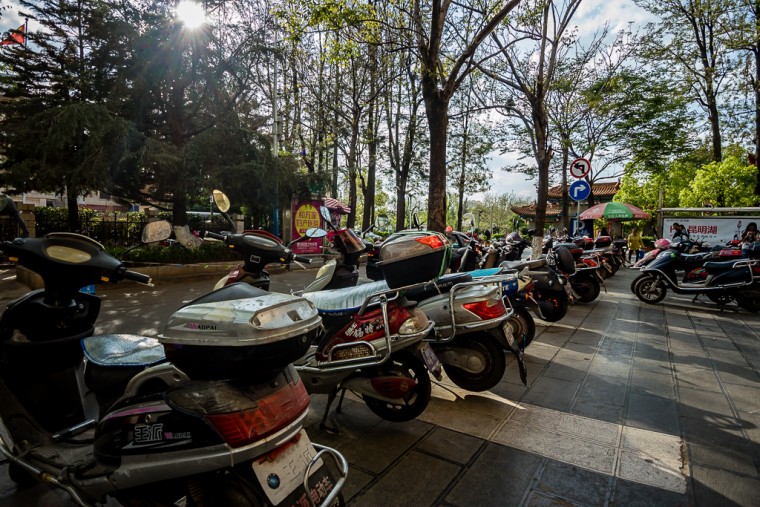 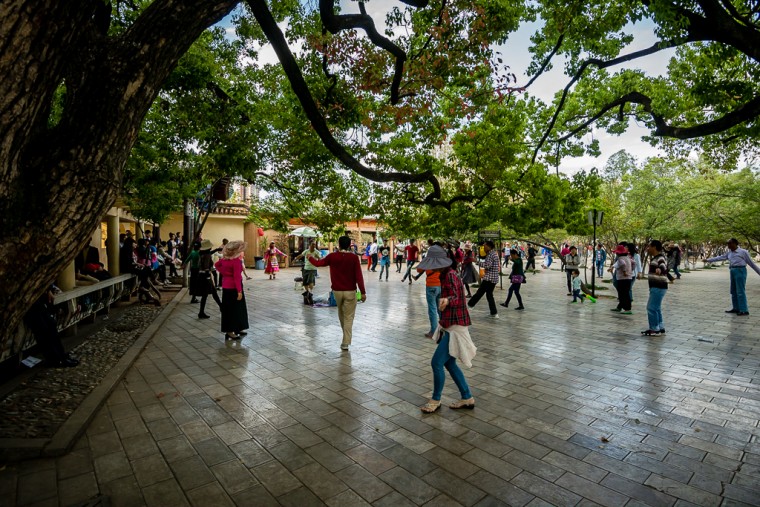 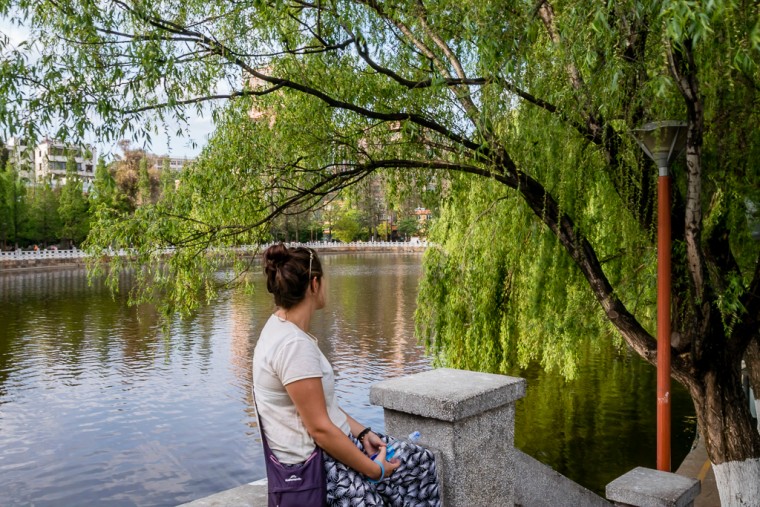 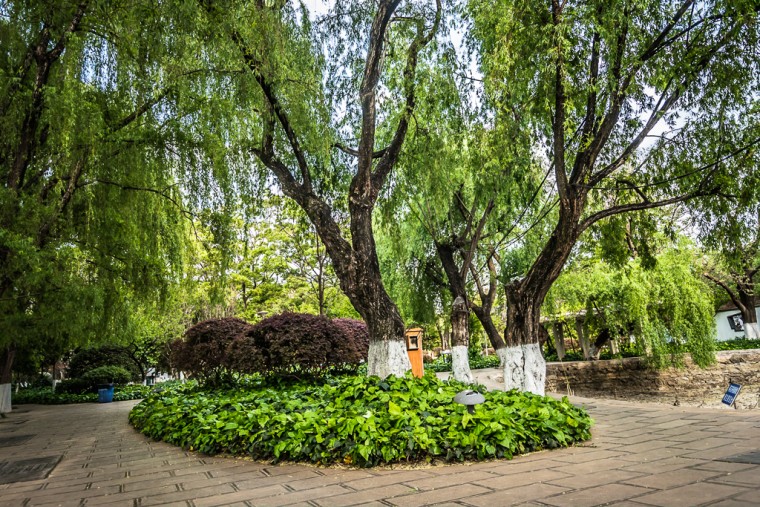 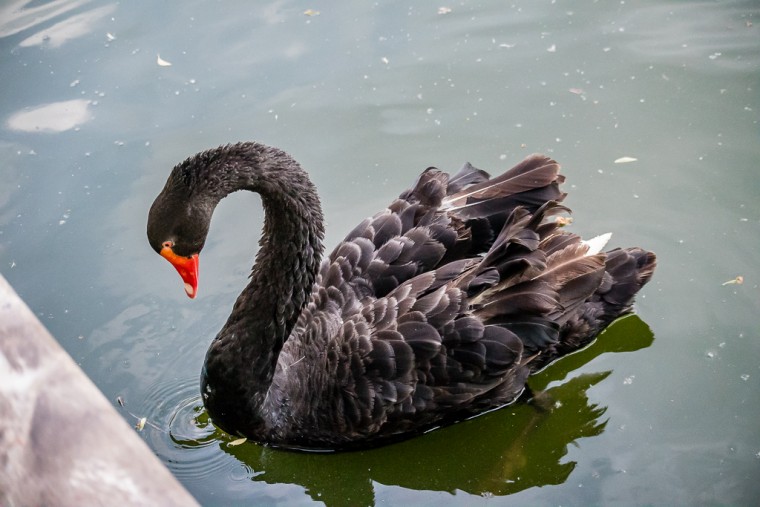 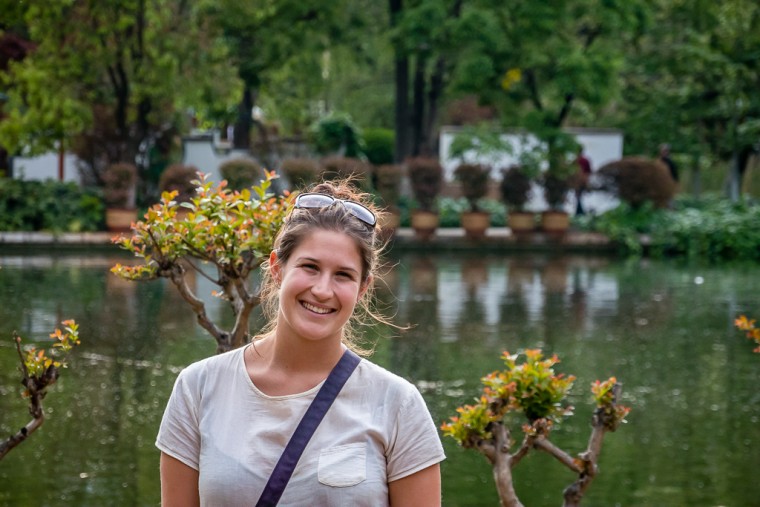 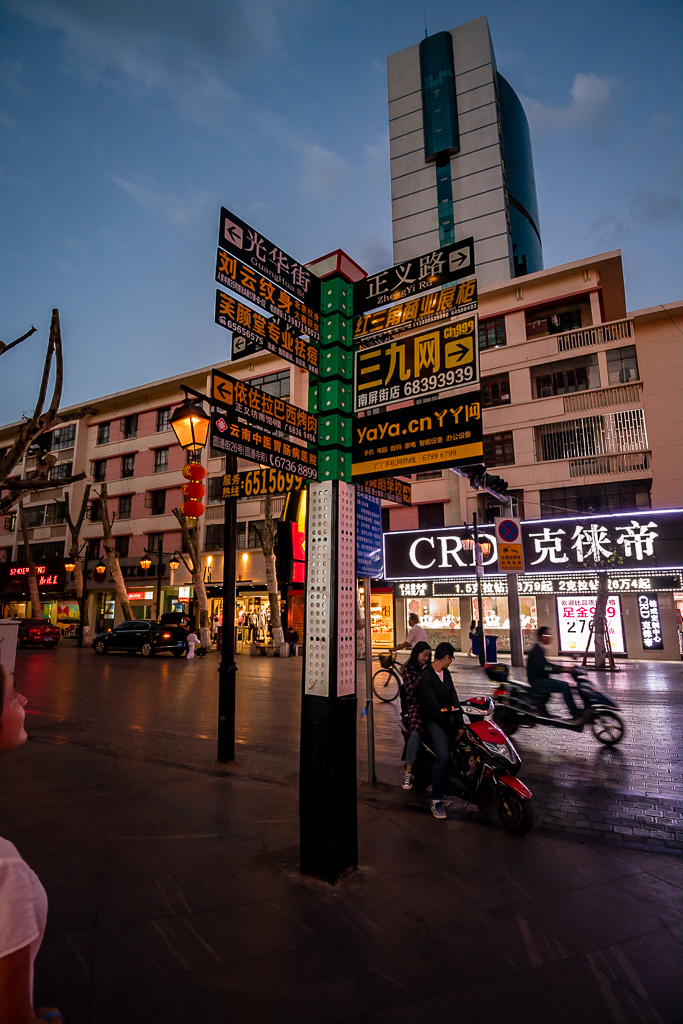 On our second day here, we decided to live it up like a local, and, following the advice of Randy the American/Chinese man, caught a public bus to the hills behind a town called Anning. Here were some hot springs that have been in use by humans for at least 2,000 years, although I think the hot spring pools have undergone a few facelifts in its time! It was a fantastic way to live like a local on a Saturday – and we were the only white people there! in a place that is pretty cold, it is an awesome hobby and I certainly would be going often if I lived here.

Well, where do I start about this place. This old town is situated in the north-west of the Yunnan Province and we took about a 8-9 hour train ride to get up here (you can see the path we took on the map on our home page). We met some really nice young Chinese (and a Kindy teacher who was soo much like my mum even though she spoke zero english) on here who enjoyed practising their english, and laughing at my attempts at Chinese (they taught us 1-10 though!). There was a moment where i was a bit cheeky in Chinese to a railway ticket man who was selling Chamois on the side. The Chinese on the train loved it but he looked pretty angry and i thought I should watch my mouth from then on!

The Baisha Old Town was the political, commercial and cultural center for the local Naxi people and other ethnic groups for 400 years from the year 658 AD to 1107 AD. In ancient times, the Baisha Old Town used to be the center of silk embroidery in the southwest of China and the most important place of the Ancient Southern Silk Road (Source: Wikipedia). I also found out on Wikipedia that Shepparton in Vic is the sister city of Lijiang. The things you learn. We learnt more about the Naxi people on our trek of the Tiger Leaping Gorge which was one of the coolest hikes we have both ever done and we will cover that in another post!

These photos were taken from Dragon Rock Pool, situated just above the Old Town. Old Town was built below this area, as this provided water via canals to the entire Old Town. As you can see it is just a beautiful spot, and in our opinion it is the most impressive “ancient” sort of place that we have seen. It was a beautiful morning to just sit and ponder things. 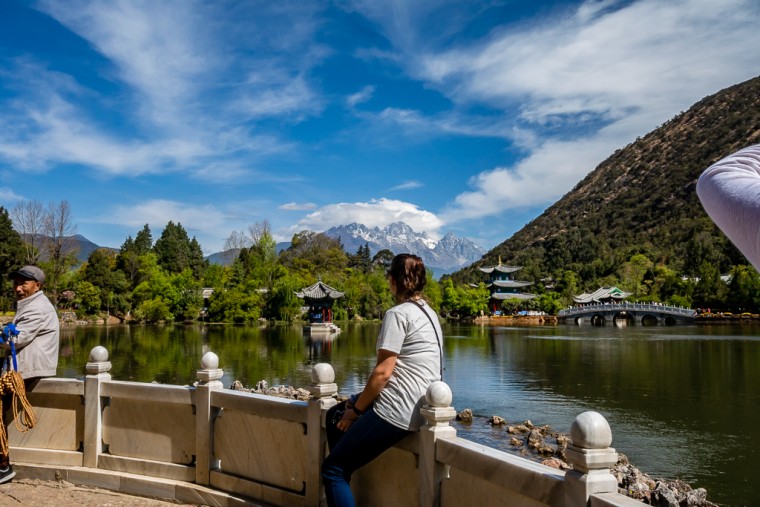 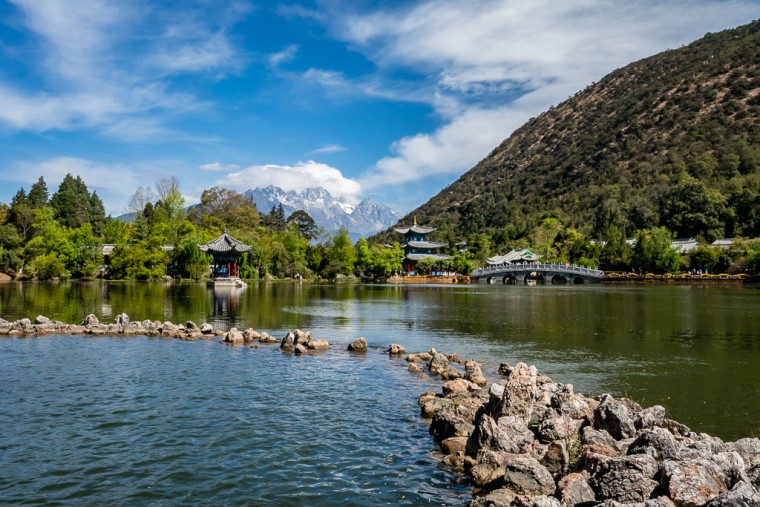 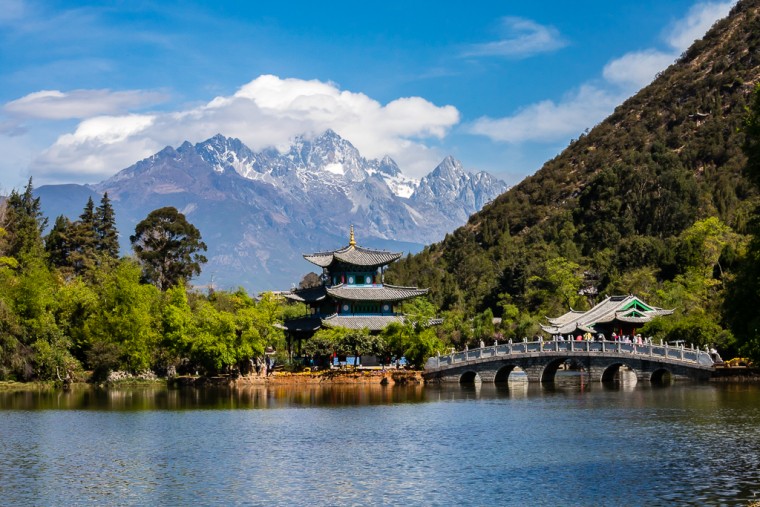 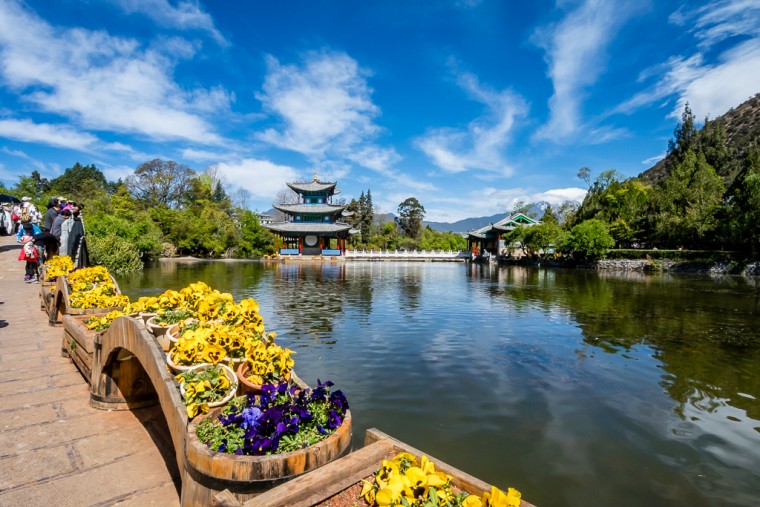 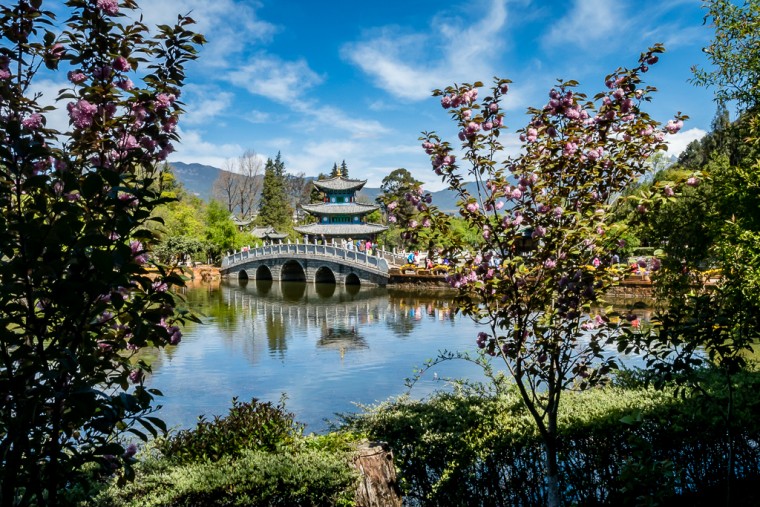 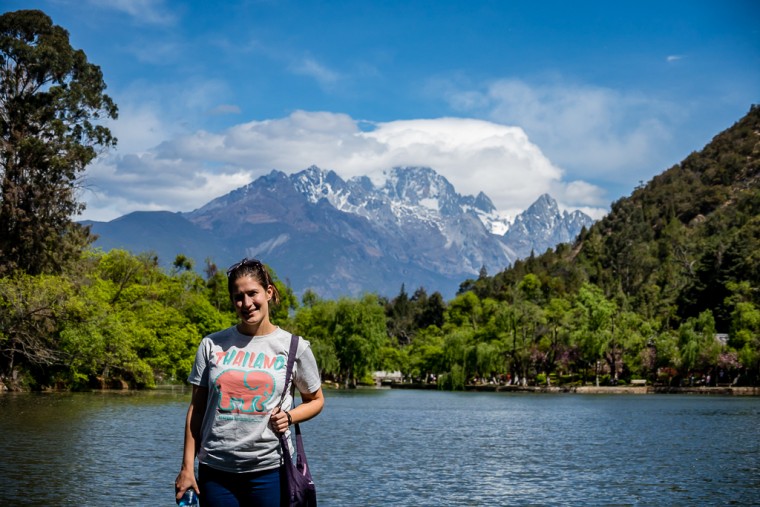 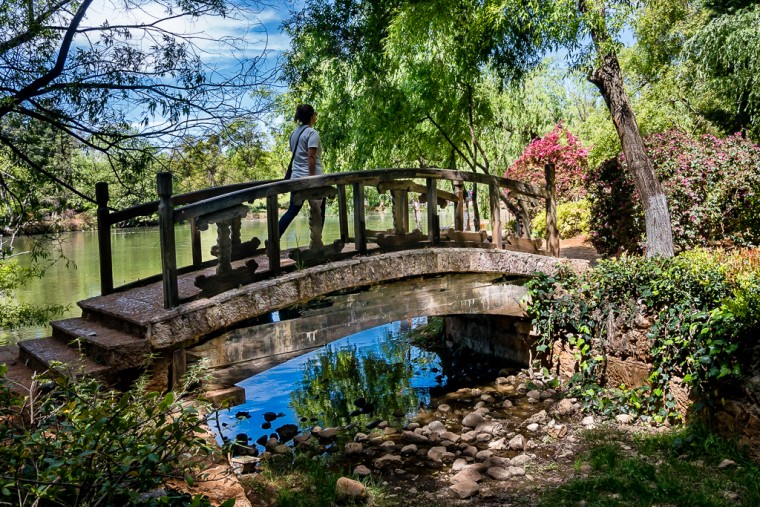 The old town is pretty nice too, although as this place is booming for domestic Chinese tourists, the government decided to commercialise the shit out of it during the restorations. So it is basically just repetitive shops selling Naxi traditional foods and clothes and that sort of thing. It is still nice to wander around, albeit crowded at times (but you do get used to this in China!). I bought some delicious ginger nougat made on site and we tried some other local foods too. Breakfast each day we had Congee (rice thing) with Steamed pork buns made right in front of you! yummmmmy. 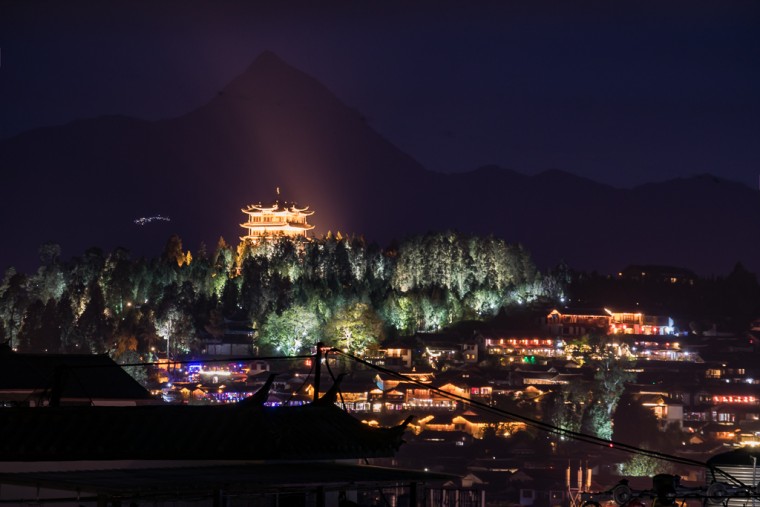 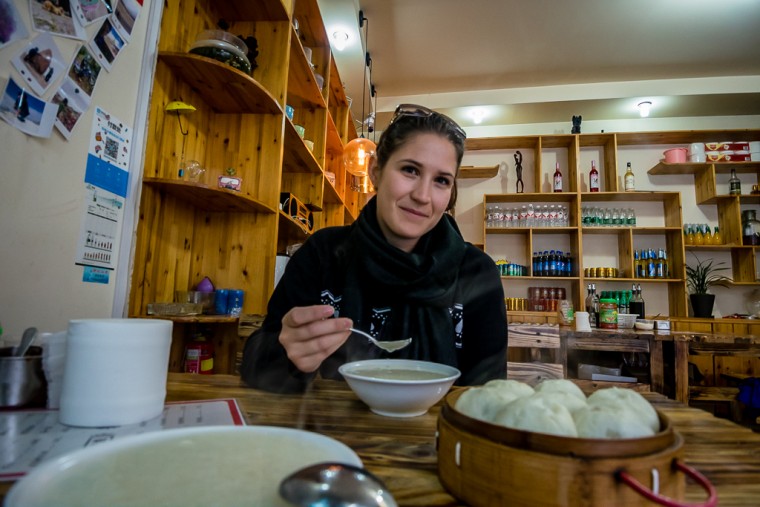 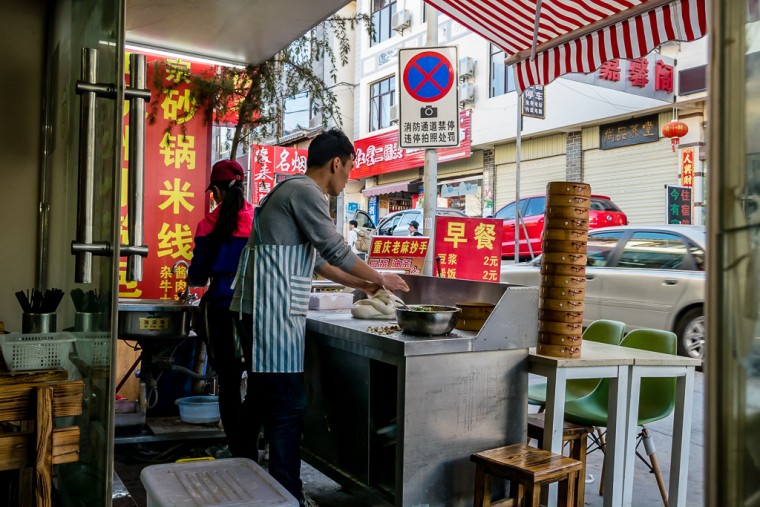 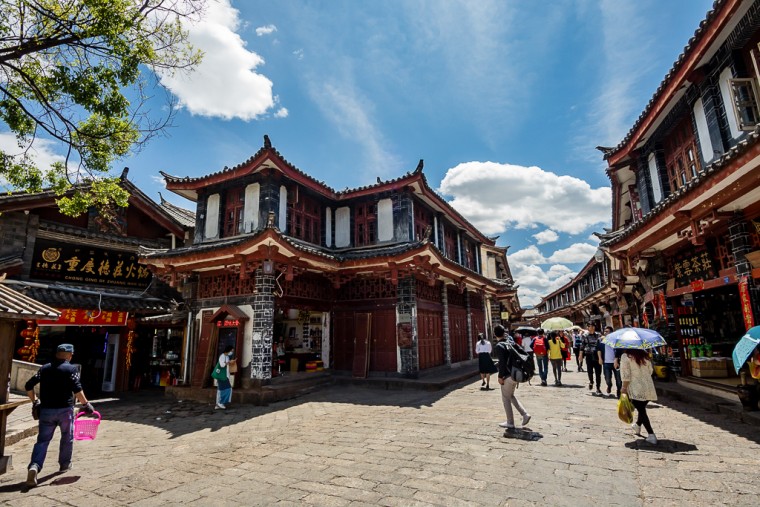 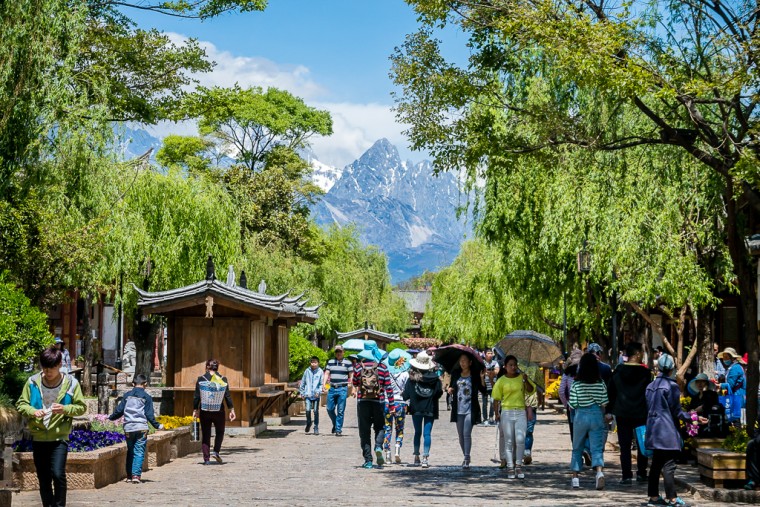 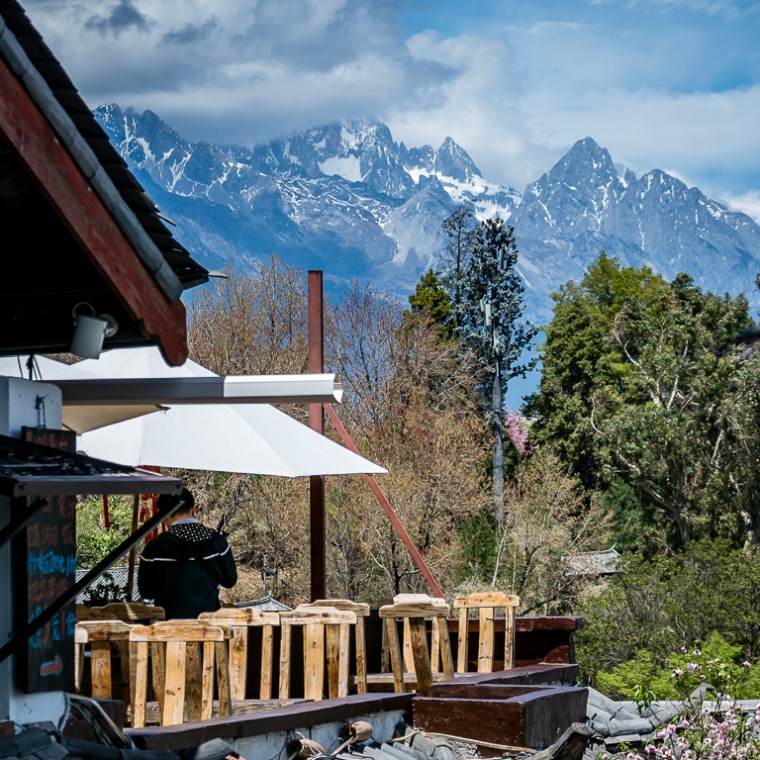 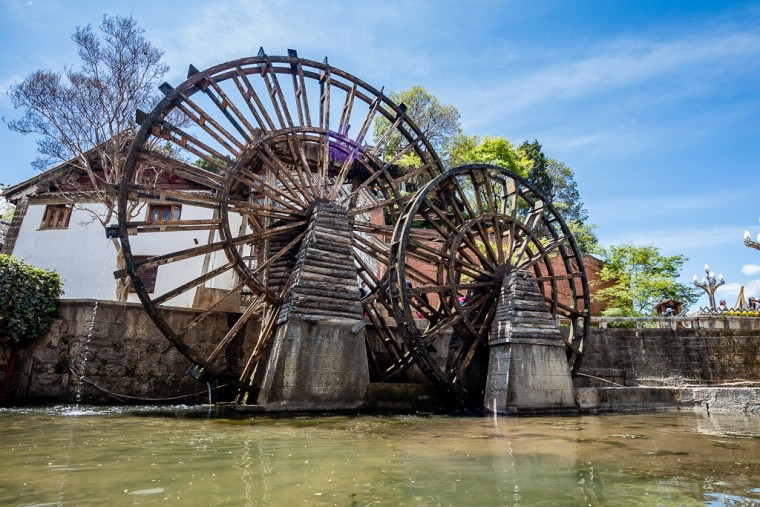 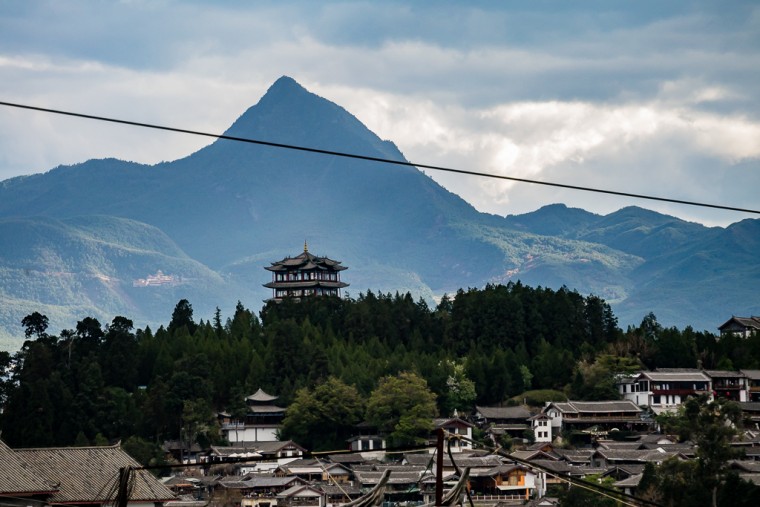 On our journey back to Kunming (where we are currently) we met another young lovely couple. They were so helpful and took us to a famous Yunnan restaurant where we were given plates of raw food and an extremely hot soup. You throw in the Ingredients which then cook in the broth and are left with a fresh, delicious soup. The food here is nothing like the Chinese food at home. It is so fresh and not sweet at all! Not in this Province anyway. It changes significantly across China.

This Province is Aweeeeesome. Seriously. I didn’t know it really existed, except I had seen some of the places on TV but didn’t actually know which part of China they were in. It is so cool to be here. Overall, it has been my favourite part of the trip. It is Bullshit hard to get by in this country without learning Chinese (we have already learnt 1-10, hello, I want, I don’t want, Thanks, Good, Yes, No and some others – you just HAVE to learn) but apart from that the weather is amazing, transport systems are good and food is everywhere. So it has not been nearly as challenging as Myanmar. And most importantly the Chinese people we have met have been absolutely lovely! Young Chinese have befriended us on the trains and then called Chinese Ubers for us and taken us to our hostels twice! And would not take payment from us. In Lijiang we would have been totally lost if it weren’t for them. We love China haha, and coming here we really didn’t think we would be saying that!

We are both really look forward to blowing away more preconceptions and ideas as we move north! (And avoid the East).

Next post will be on the Tiger Leaping Gorge Trek (including the worlds best toilet view) and also another where Sheree will talk about our time in Bangkok When Rochelle came over and they had a bit of a good time together!

5 thoughts on “Yunnan, China – An eye opener in a different way”