Jiayu Pass – the “Mouth of China”

Another Train, another city.

From Xi’an we caught a 18 hour night train to a small Chinese city called Jiayuguan. The train left late which was great because we could enjoy some cool desert scenery the next day! We really had left China as we knew it. There were tiny mud brick like flats? They weren’t “houses” but were more something you see in places like Afghanistan and the Middle Eastern countries. There was also a temple of the sort we hadn’t seen before but it looked like buddhist pagodas! 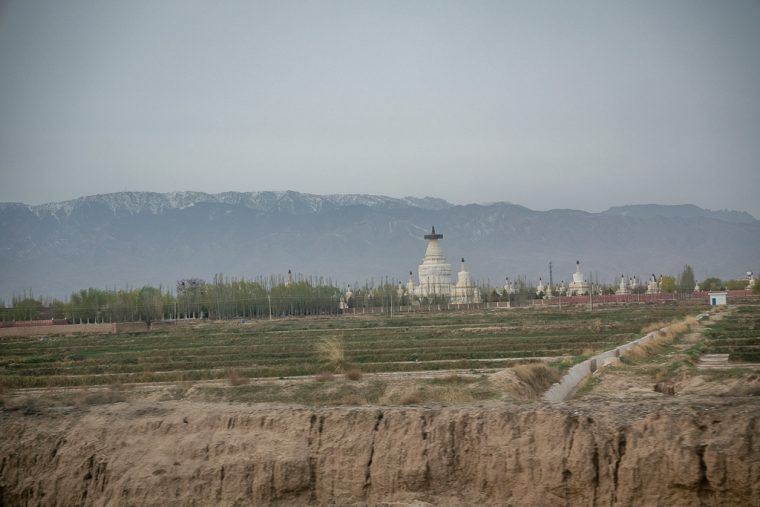 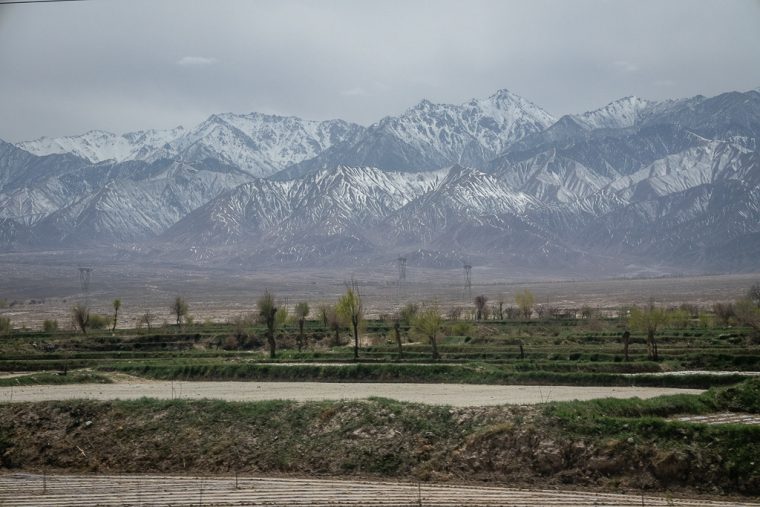 Jiayuguan was weird to be honest. It was kind of like a Collie or more so like a Kalgoorlie of China. Let me explain. The city only exists because of the Jiayu Pass, where years ago, people started building Inns to service travellers of the silk road who travelled through the pass. From there the city grew, however in China’s modernisation drive of the past 40 years, I guess the government needed to create an economy based on something else so it seems to now be based on the production of energy. Trains bring in coal and other gross stuff which gets burned here. There are other industries around too, we don’t know what they are but you could smell the air pollution. At the same time though it has some incredible Chinese history. So it had a “Kalgoorlie” feel to me because it was heavily reliant on industry to survive as a town, but it also had quite a bit of history. Also because its full of Chinese people and Kalgoorlie has a big Chinese historical element too haha. We liked this place because it seemed to have escaped China’s “Let’s make everything massive and crazy and busy”. The people were nicer and every restaurant had lamb on the menu! I think if we stayed longer though we probably would have started to hate it. It really is a bit of a dump to be honest. 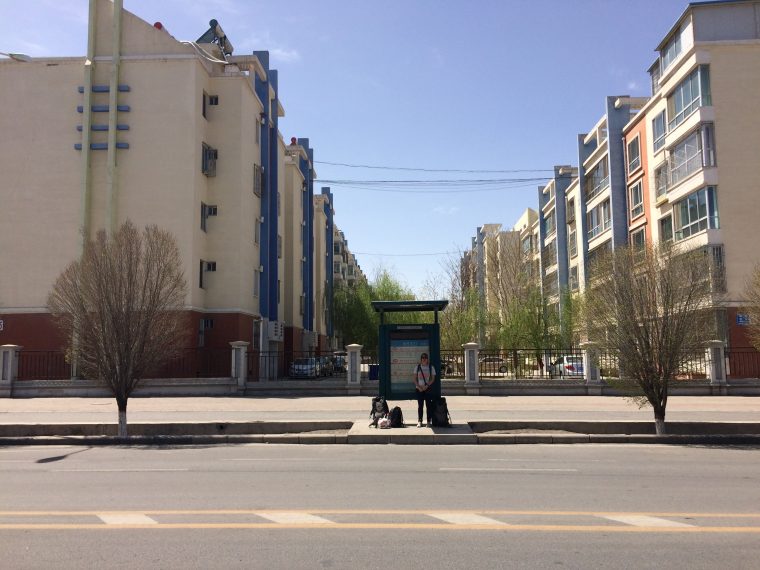 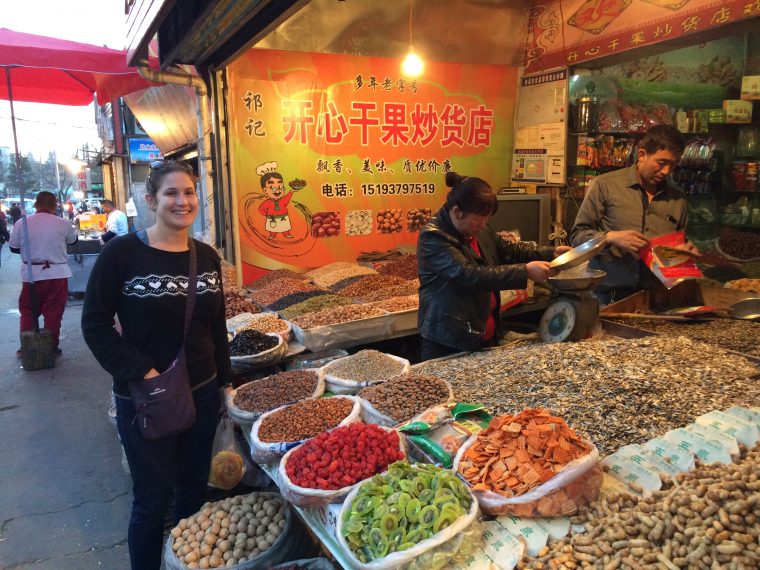 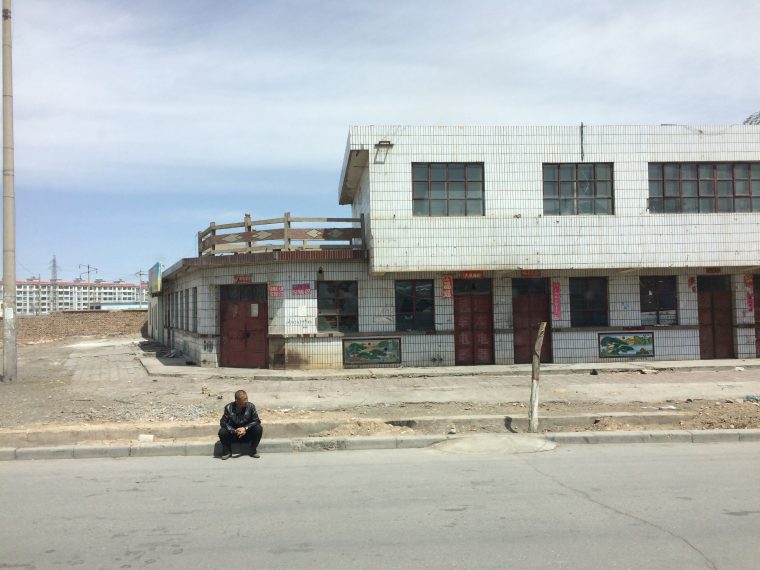 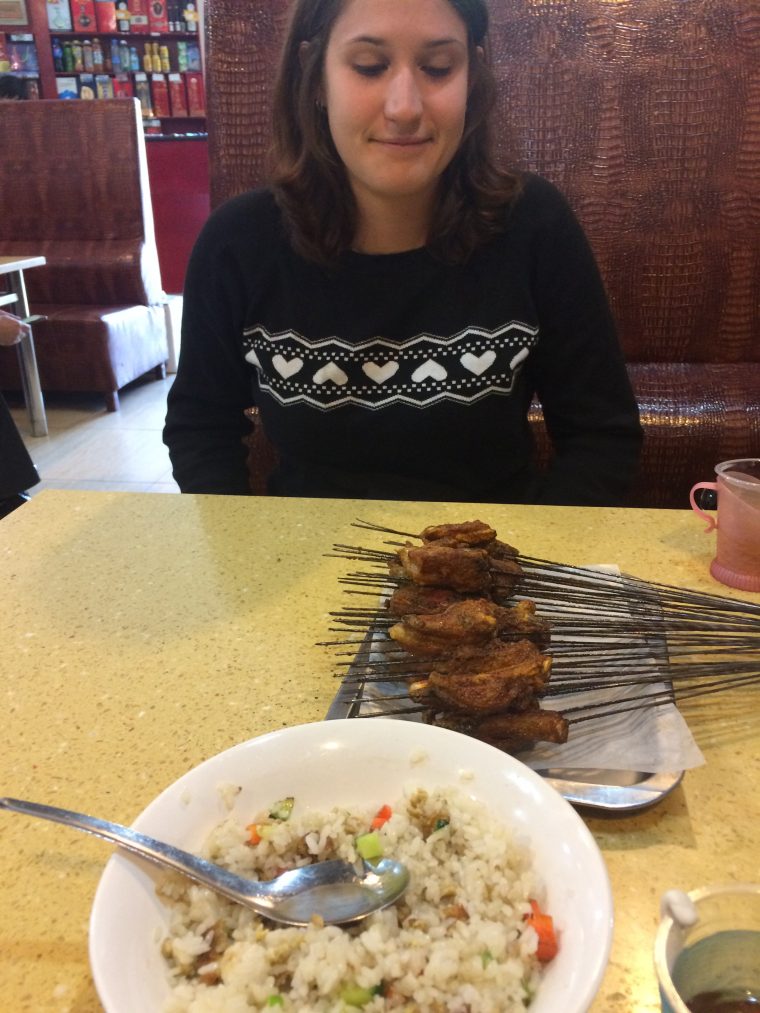 But – the Wall! This was sensational. We’ve all seen the pictures of visiting the Great Wall of China around Beijing. If you are there on a weekend you can hardly move, or so we have heard. But out here in the desert? Not so much! No “People Mountain, People Sea” here. It was a great place to see the Wall and to see it careening off into the desert where it finally reaches its terminus – a 200m sheer drop and then a natural barrier across the other side of this ravine in the high mountains.

We visited two parts here, the Fort which is known as the Mouth of China, built in 1372 in the early Ming Dynasty. This was, in ancient times, the literal end or the beginning of China from the West. This is where people were banished, where epic battles were fought and where, it was rumoured, that beyond the Western Gate lied White Giants, with a huge middle eye in their chests amongst other fictional beasts. In later years, the area became a major stopping point on the silk road and where traders entered and exited China with their wares. It’s a significant place and was a great spot to visit. Also, it is regarded as the most intact fort along the entire wall!

The other part was the “Hanging wall”. This was awesome, where you could climb to wall to the top of some dry and rugged mountains and get epic views of the mountains, massive dirty power plants and then north where the Great Gobi Desert lay just a couple of hundred clicks into Mongolia.

Enjoy some pictures below of the Jiayu Pass. 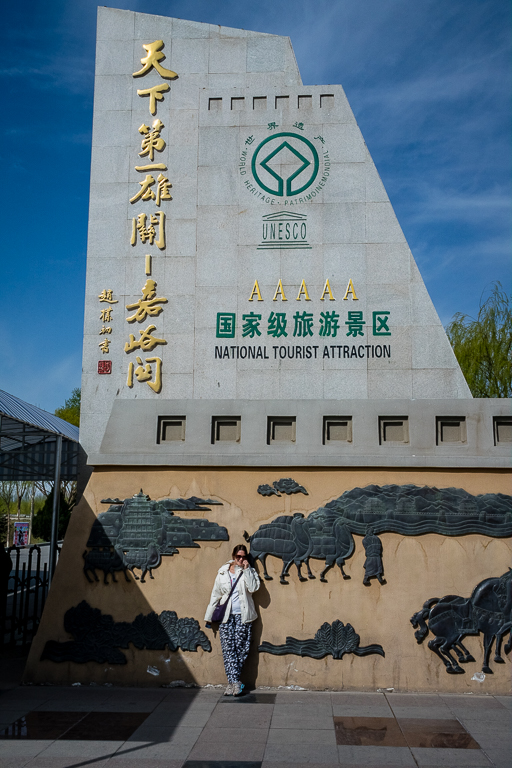 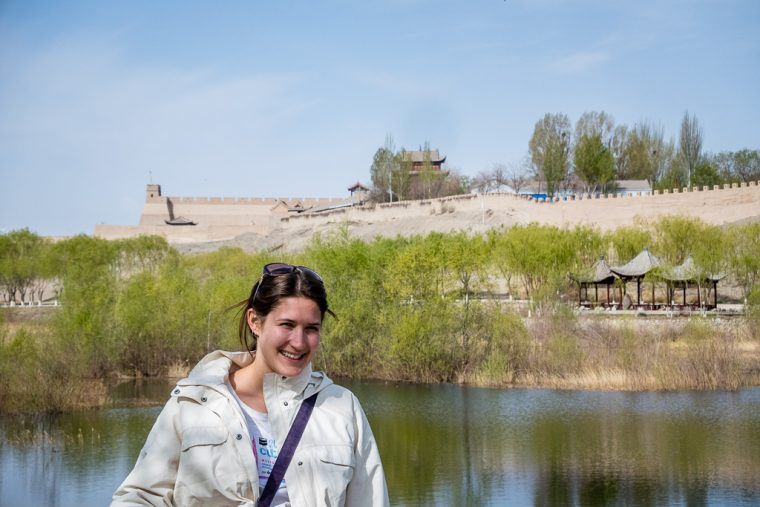 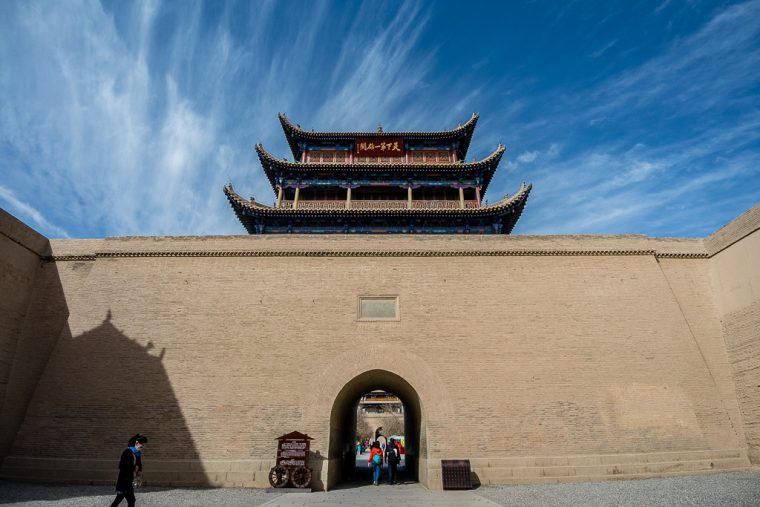 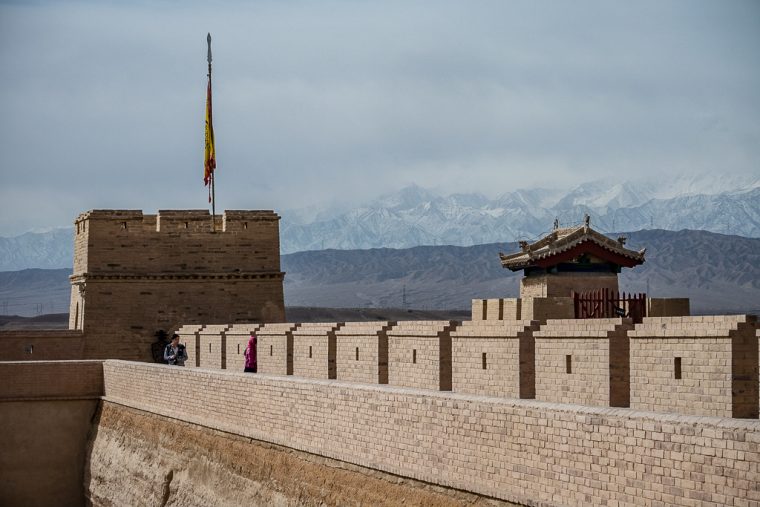 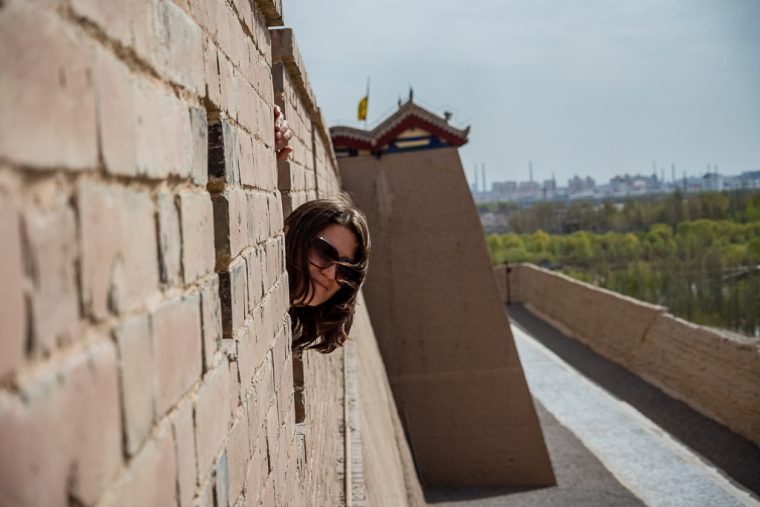 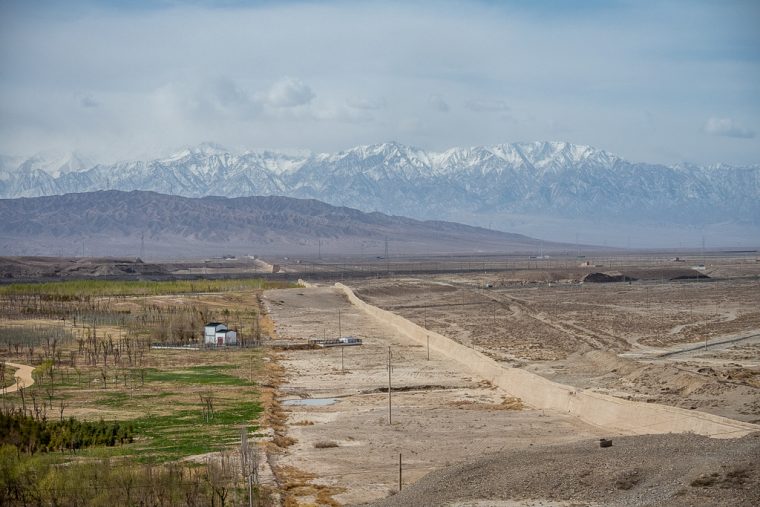 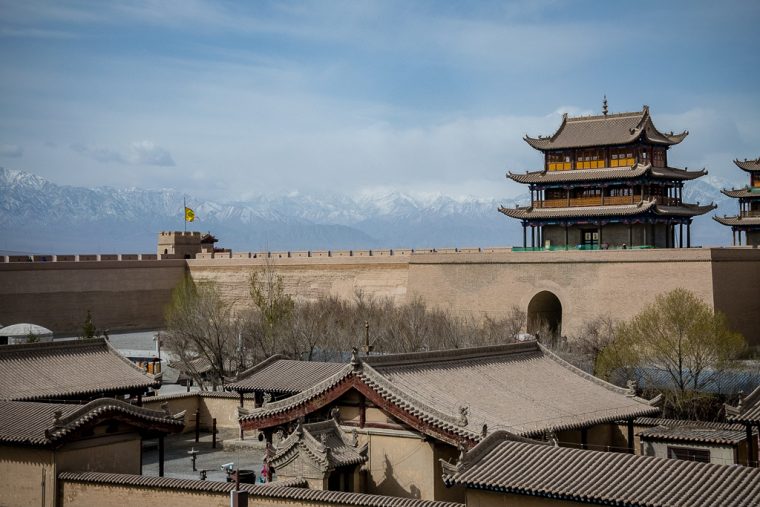 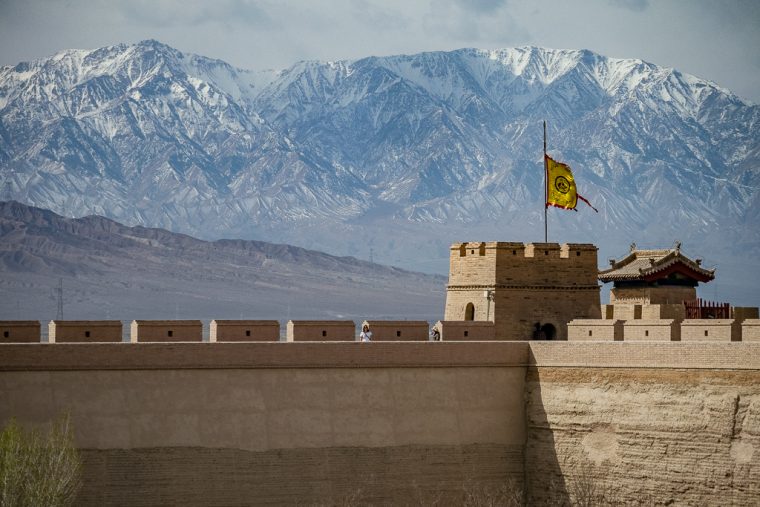 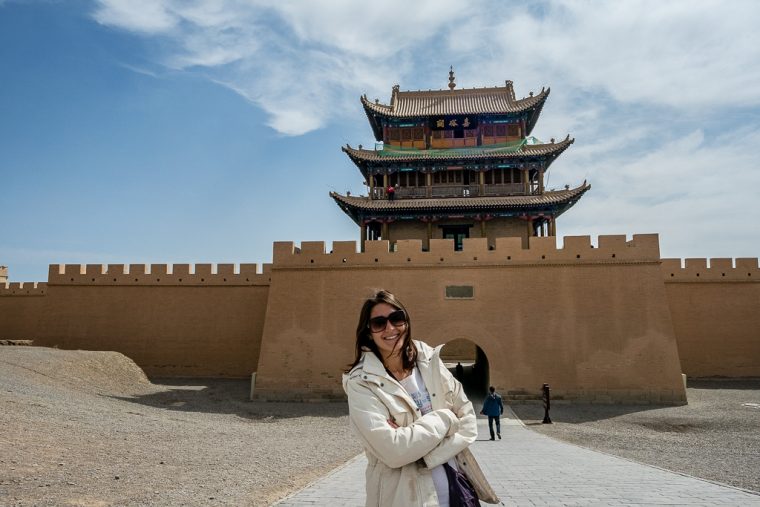 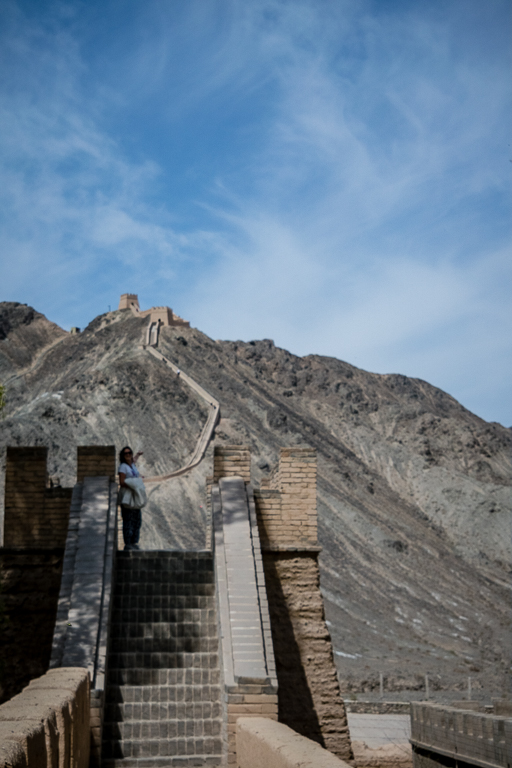 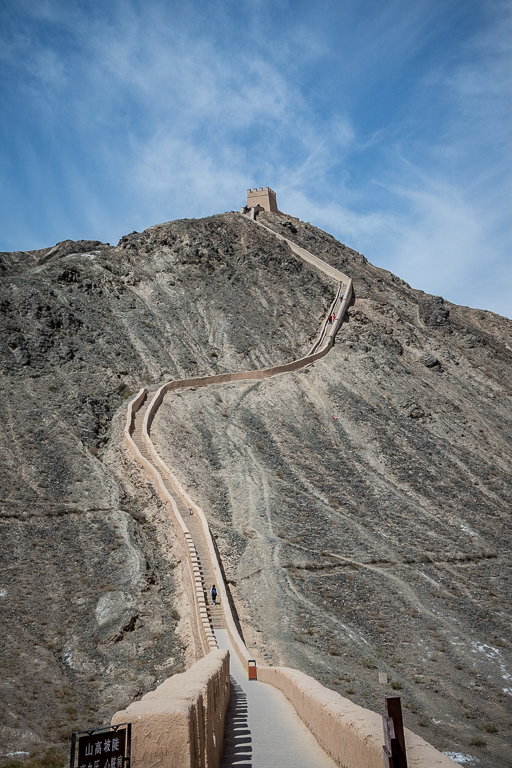 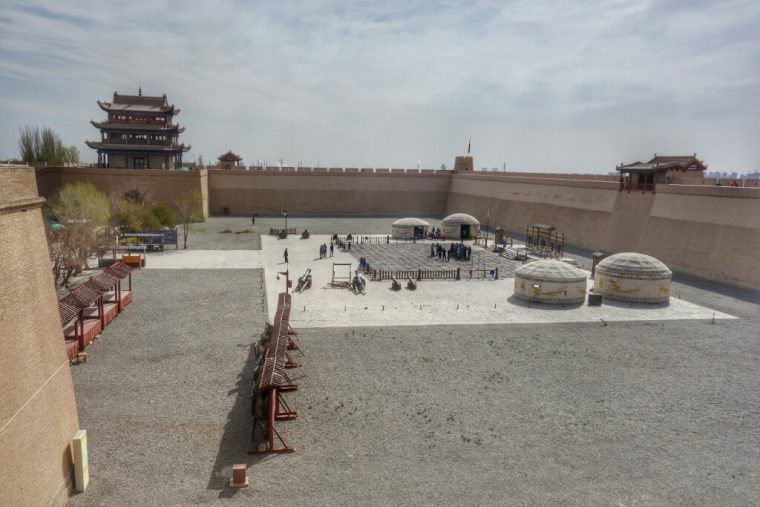