Sheree’s side trip to Portugal

Whilst at home planning our trip, Matt and I talked about doing a few small sections of our trip solo. We foresaw that at some point we would probably need some space and also probably wouldn’t always want to do the same thing.. So this just made sense. But after travelling together for over 6 months we still hadn’t done any solo travel at all!! We nearly did a couple of times but didn’t due to the higher cost of travelling solo, the convenience of staying together and also because we didn’t really want to!! The latter was certainly a surprise, albeit a good one as it meant we were still enjoying the other’s company even after living in each other’s pockets for so many months.

As we predicted would happen at some point, in northern Spain Matt and I decided to spend a week apart. Matt caught up with a friend from home and had a bit of a failed camping trip followed by a few days of rest and recovery in Madrid, and I headed west to Santiago de Compostela and then south to Porto in Portugal.

It took the 5 hour train ride to Santiago from Leon (where we parted ways) to feel like I was really alone. Up until I walked off the train without Matt it felt like he was just in the toilet or somewhere buying chips and would be back any minute. I had no problems finding my hostel or getting around, but in the first few days I felt lost and alone. I simply didn’t know what to do with myself when all of a sudden I didn’t have Matt making me laugh and entertaining me with his thoughts and ideas. This was really tough, it was my first time alone in a foreign country and I didn’t know anyone. My hostel was huge, and I didn’t really meet anyone there, although on my second night I met a group who had just finished the Camino (famous pilgrimage) who invited me to join them for dinner which was great as they were all nice people.

The cathedral (which was the main reason I wanted to visit this city) was really impressive and to me was well worth the trip to see. Who knows, maybe one day I will be back after completing some of the Camino! 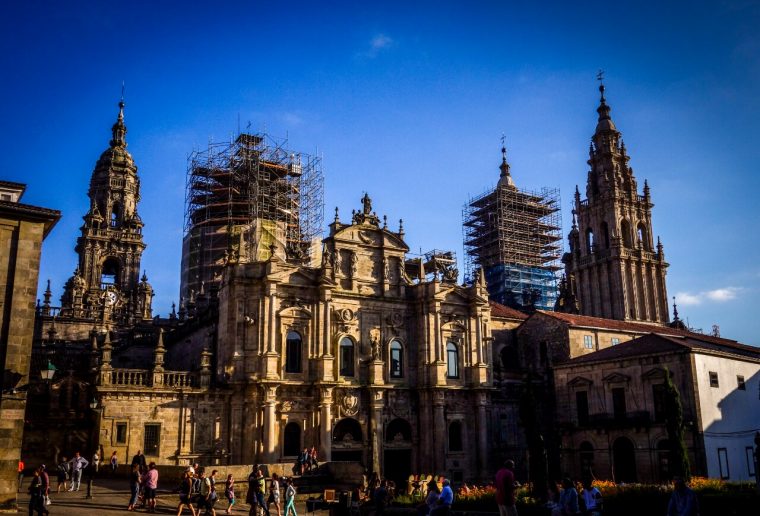 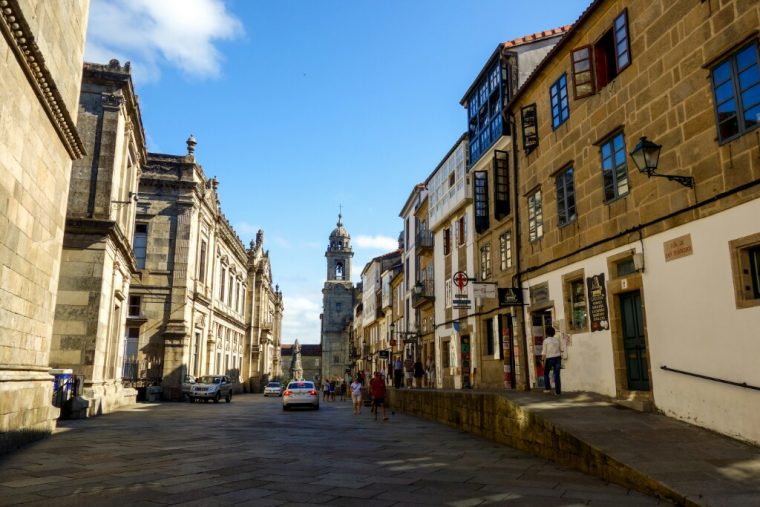 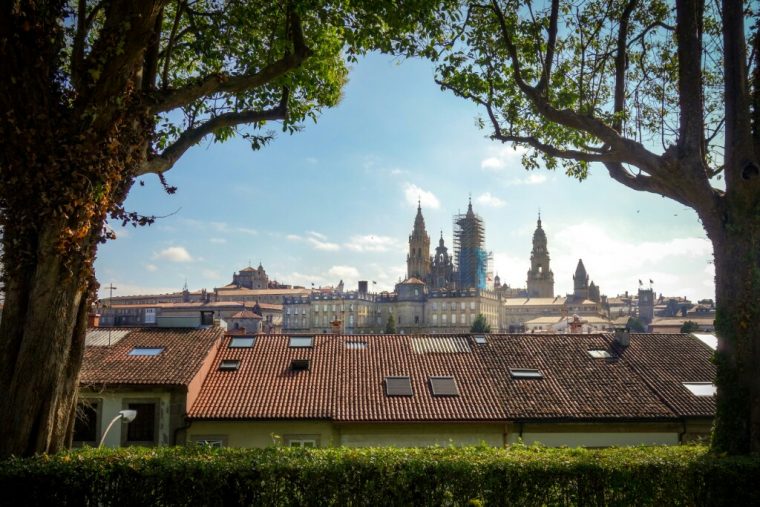 At around the same time as I stated to get used to being on my own I arrived by bus in Porto. This really stirred up the feelings of excitement you get from going to a new country, especially as I had wanted to visit Portugal for a while now and didn’t expect to get the chance this time around!! I was feeling more confident and navigated the metro to find my hostel with no problems, checked in and proceeded to have one of the worst sleeps of the trip. I woke up wishing I wasn’t travelling anymore, staying in a dorm room when I was already exauhsted really took its toll and after talking to Matt (who could see things clearly, from an outsiders perspective) decided to book myself my own room in an Airbnb for the remaining 4 nights. This was the best idea! 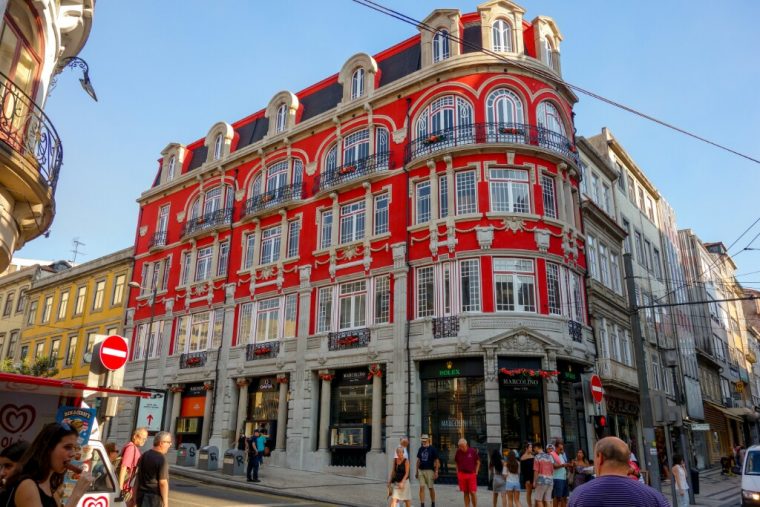 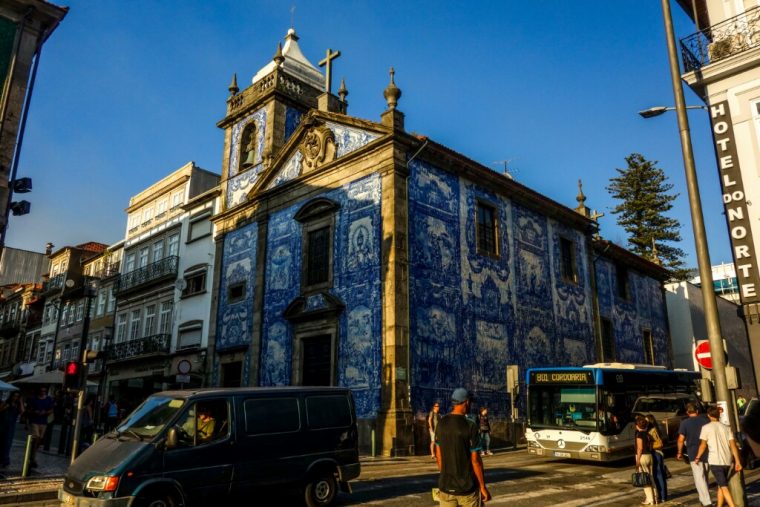 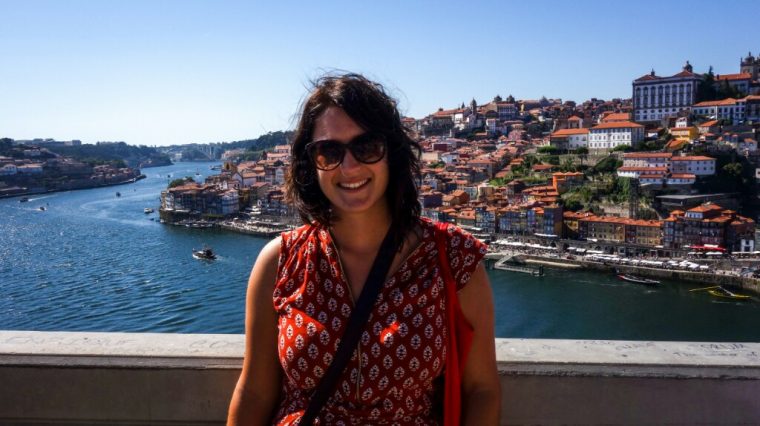 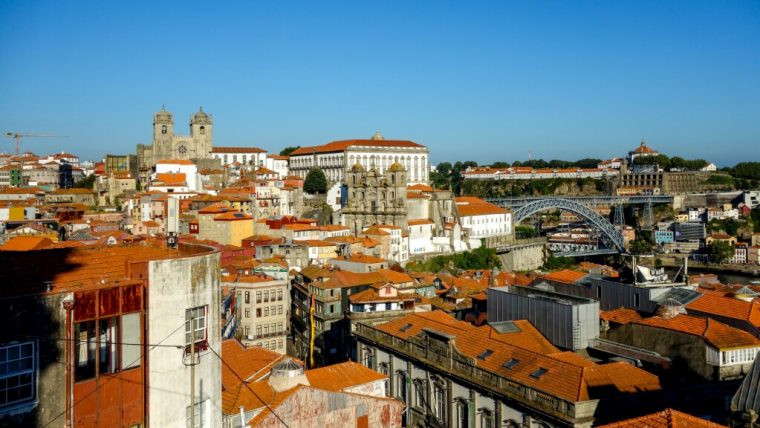 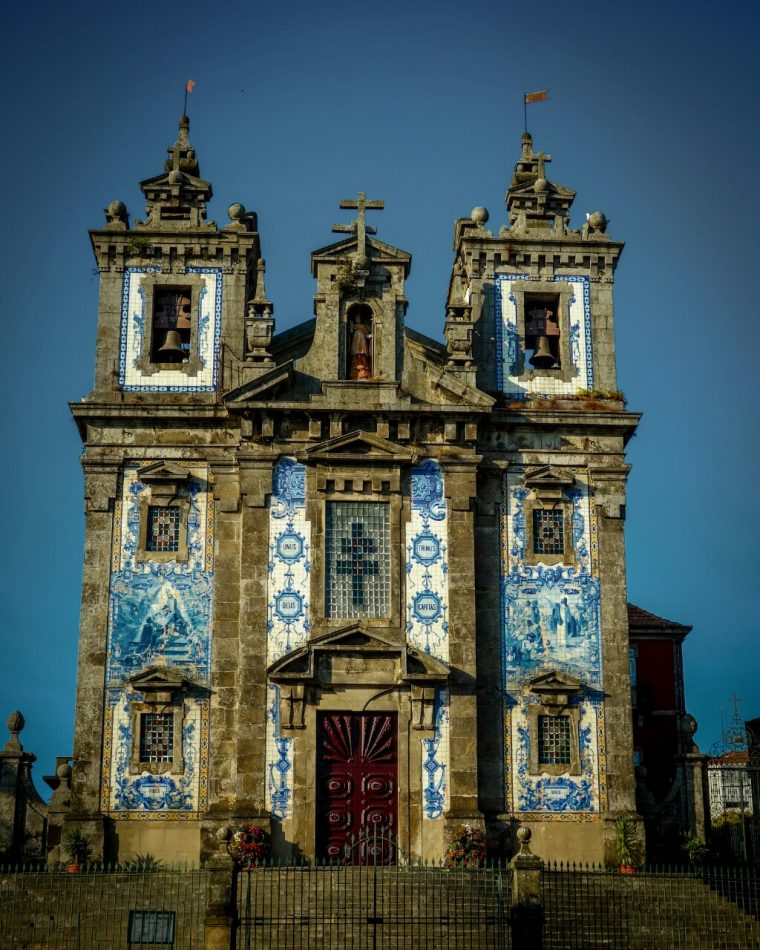 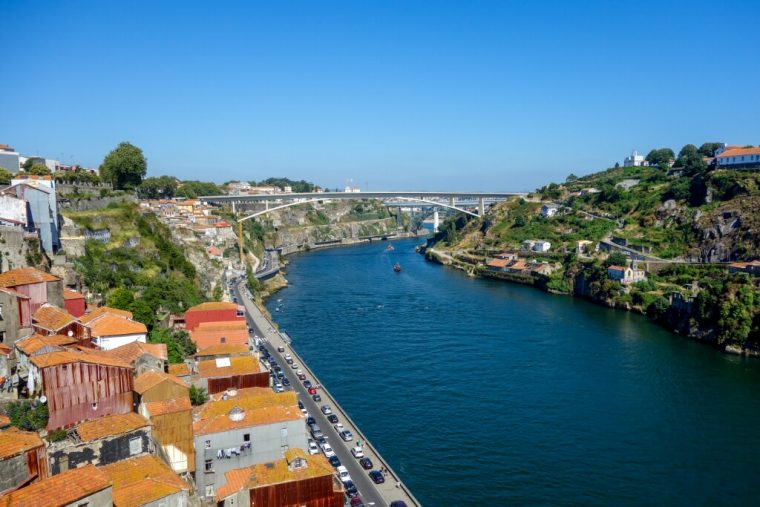 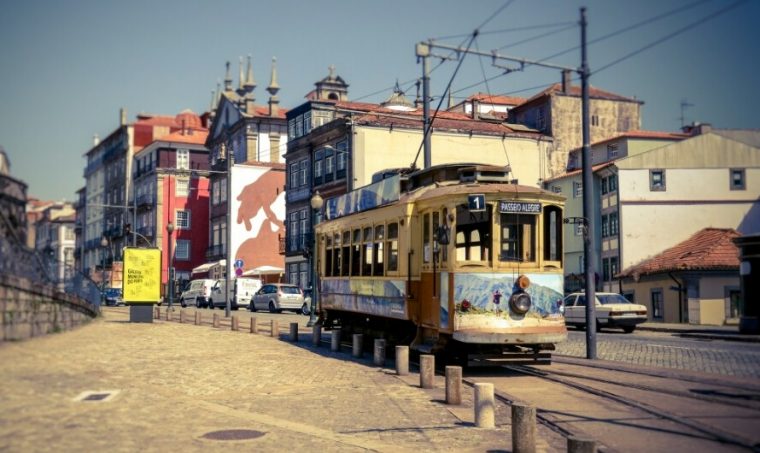 From the moment I came up out of the underground metro and looked up to see a really cool church, cobbled streets and a unique style of colonial buildings I loved Porto!! It had the feel of a city that once had golden times but who’s economy was now struggling, yet when combined with the people, food and culture resulted in a feeling of having real grit and character. Porto was much less “polished” and clean than many of the fairytale-like cities and towns I had seen in northern Spain, but I liked this trait and some of the colonial buildings even reminded me a bit of Yangon in Myanmar!! (Although bigger and not so run down). 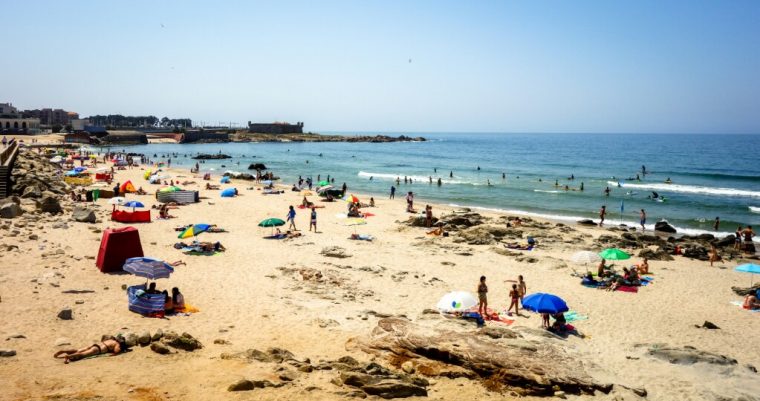 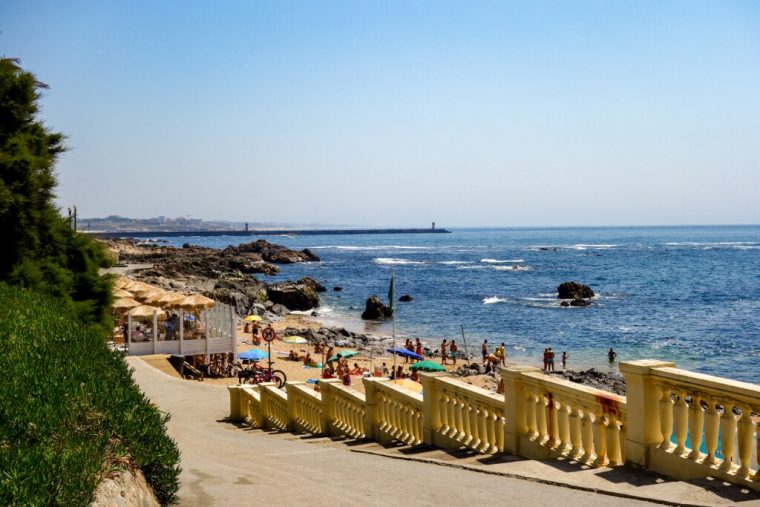 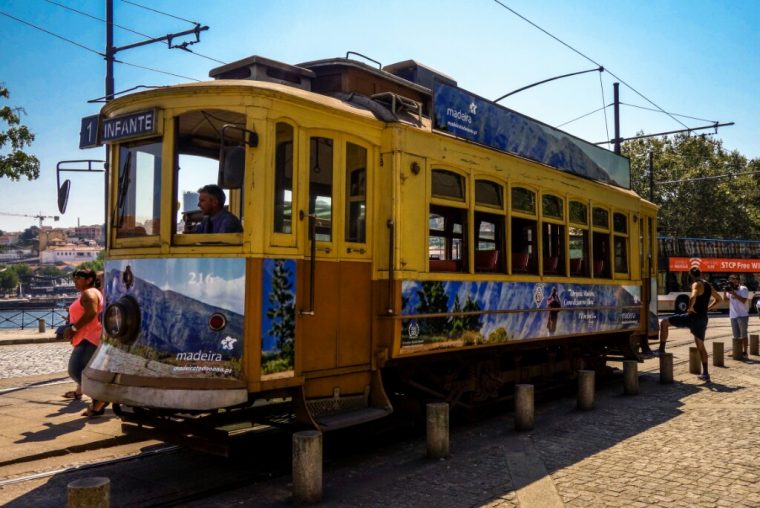 Not wanting to spend all of my time in Porto wandering around on my own, I decided to go to a couple of Couchsurfing events organised by local people for people who want to meet people. Matt and I had had good experiences with these events in other countries and this was no exception. The people I met were really nice, interesting and we all had a love of travel in common. I went with a group of them up to the Peneda Geres National Park on the weekend where we hiked and swam across the river (which doubled as a border) to Spain and had traditional Portugese food and wine for dinner in a small village called Lindoso (I had slow cooked pork with baked potatoes and olives – it was amazing). One of the great things about the national park was unlike most places in Europe it wasn’t full of people! As an Australian we are spoilt to have many places like this, but in Europe it’s a rare gem. 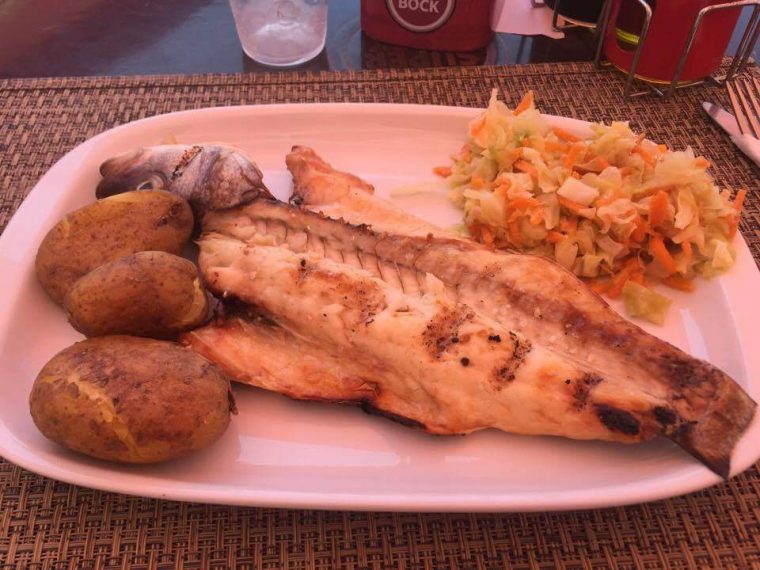 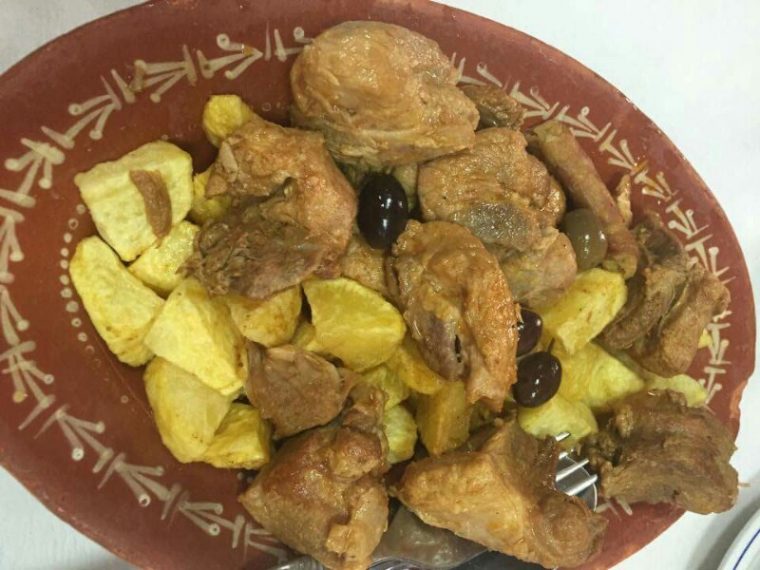 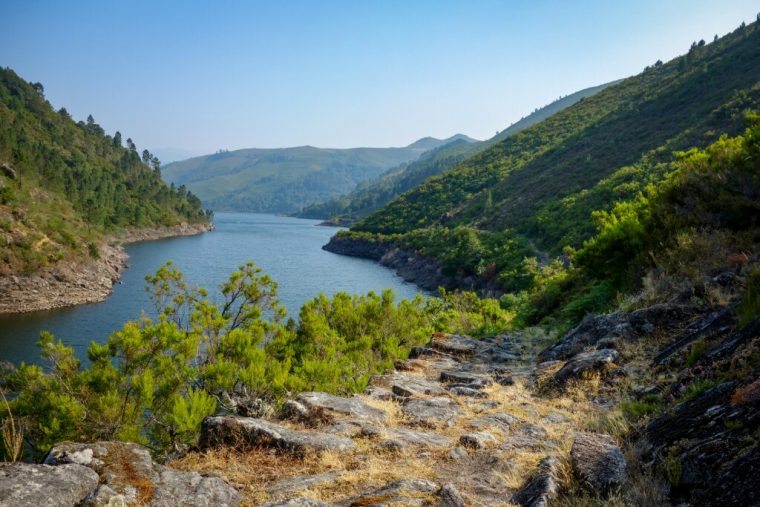 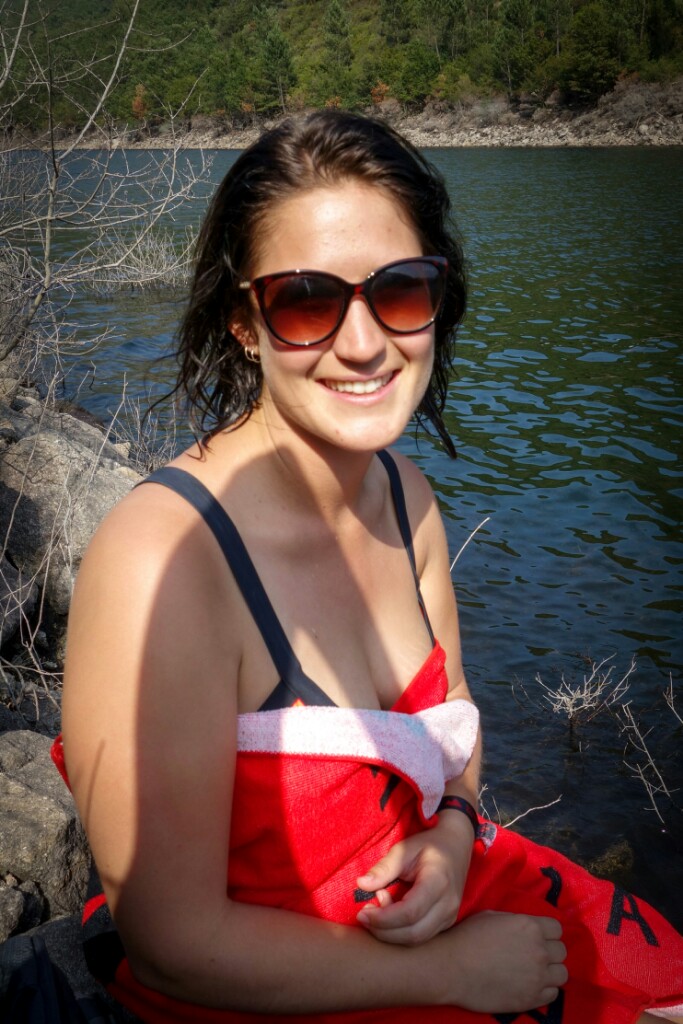 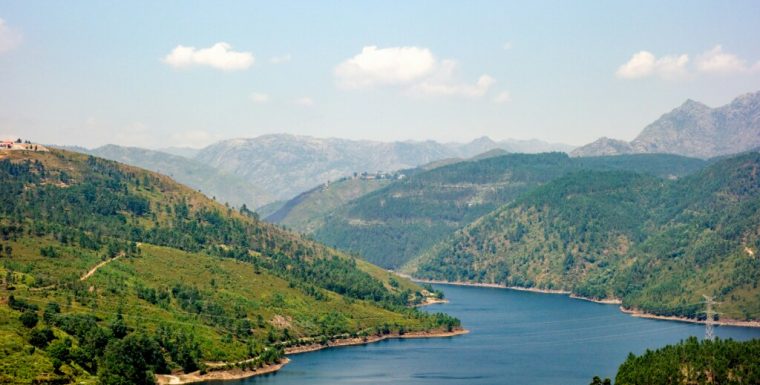 I have to say the food in Portugal was amazing, and I think I have to give a special mention to the Portugese custard tart… They are absolutely mouthwatering. They also know how to do fish really well. I wish I could have stayed longer and tried more of the cuisine, but Portugal is on my list of countries I would love to go back to so maybe one day I will.

Meeting some nice people to spend some of my time with in Porto certainly made it easier for me to be away from Matt. More importantly the whole experience was great for my confidence and self growth, and made me appreciate how lucky I am to be travelling and sharing experiences with the person I love… it doesn’t get much better than that.

It was really cool to fly into Madrid and get picked up at the airport by Matt, who even made a sign for me with my name on it using his phone!! Once again we ate tapas and drank beer and sangria, as well as having seafood paella (yum!), making the most of our last days in the country before heading to another workaway in southern Germany.

Now we are nearly up to date with our blog, even though we are in Amsterdam! Hopefully we can find the motivation to keep it up for the next couple of months…

Update; We are now in Edinburgh.. Better late than never but not much hope of getting this thing totally up to date 😝

Anyway as always, thanks for reading!