Greece – Our return to The West

What is Grexit and why is Matt always going on about it?

Most people when they arrive in a new country do so through the international airport, and so their first impression is often shaped by the experience they have there. When we arrived at the Athens international airport from Georgia, the customs was umm… disorganised, to say the least. There were only two lines open, a few planes must have landed at once, there was confusion about which line was for those in the Eurozone and which was for other passports, and about half the people arriving were pushing in front of the other half to catch their connecting flight (with confused assistance from the airport staff)… No one was standing behind that line that clearly says to stand behind it and wait your turn, and it was a case of get in or someone else will. It was a total shambles and so there we were, in the country for 5 minutes and already completely understood why their economy is in tatters.

Finally out of the airport and on the way to Athens city centre, I was surprised to look out of the bus window and get a strange sensation that I was home. It looked like we were well and truly back in The West and so much seemed familiar. To look at the street, the cars, the familiar shops and the people and feel like I could be back in Perth made me feel really excited and happy to be in Europe. I thought things should now start getting easier (and they did). We very quickly started to feel like we were on a proper holiday! This was such a great feeling after all the adventure and unfamiliarity we had been through over the past 4 months. I should also say that although we felt this way, for someone coming straight from Perth to Athens, they would see things very differently…

During this trip one things that has become very obvious is the role perspective plays on what we think and feel about a place. Coming straight from Perth, Athens would feel like such a different place, but after 4 months in Asia, I definitely saw more of the similarities than the differences. What you have experienced in your lifetime has a big effect on the here and now experience, whether it’s travelling, getting a new job, moving etc. As humans we are always looking for the familiar and comparing to what we know. And that means everything I do now will impact how I see things for the rest of my life. Interesting to think about…

Anyway, Athens was a big, global city as you would expect, full of people, soooo many tourists (we were not used to this after where we had been!) and things to do. In true Greek form within the first few hours of us being in the country we had seen a protest and someone arrested. I think maybe their love of protesting goes back to the fact democracy was born in Athens? We also witnessed the more recent issue of refugees, as outside our hotel there was a massive group who had come to get some food from a refugee centre next door. It was confronting and sad to think that so many thousands more people just like these had nothing, no home and couldn’t go back in the foreseeable future.

Athens has such a long and rich history, and no visit is complete to the city without seeing the Acropolis and the Acropolis museum. Unfortunately the day we went to see the Acropolis I got my haircut, and I didn’t feel I could spend any more money on an entrance fee so I didn’t go. I wouldn’t recommend this as afterwards I was a bit disappointed, lucky I did go to the museum so that was something. Below are some pics of Matt up at the Acropolis without me… 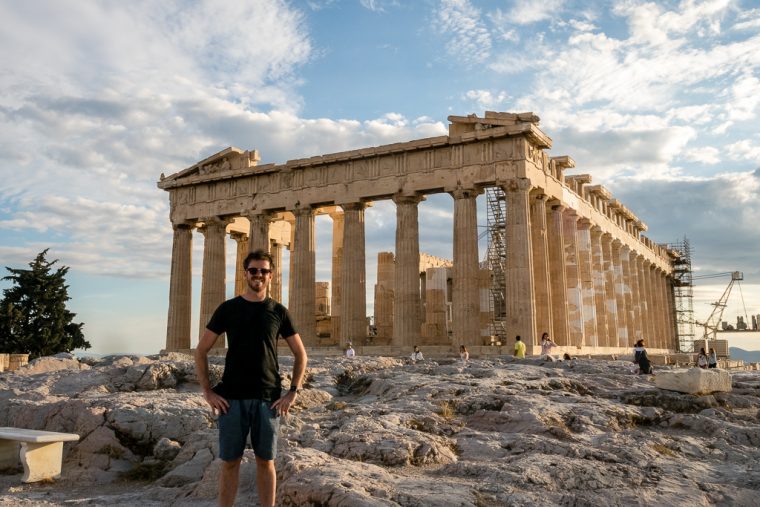 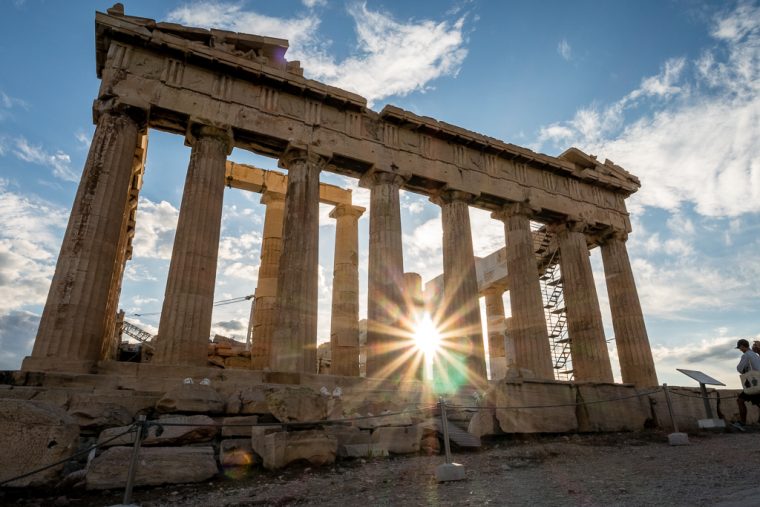 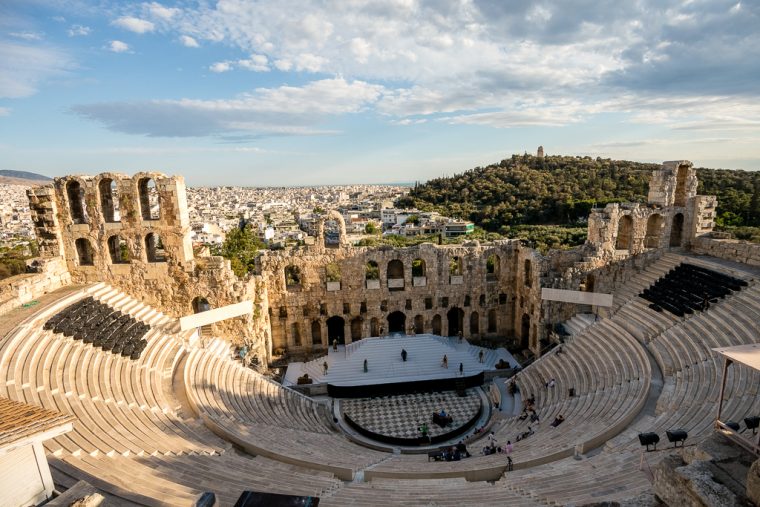 After deciding to split up and do our own thing for the week, annnnd then not doing it, we both headed to “the most beautiful town in Greece” – Nafplio. The old town certainly was beautiful, and to top it off it also had lovely turquoise beaches and a castle on a hill overlooking it. A bit of a walk from town we even found our very own little cove to swim in for the day. 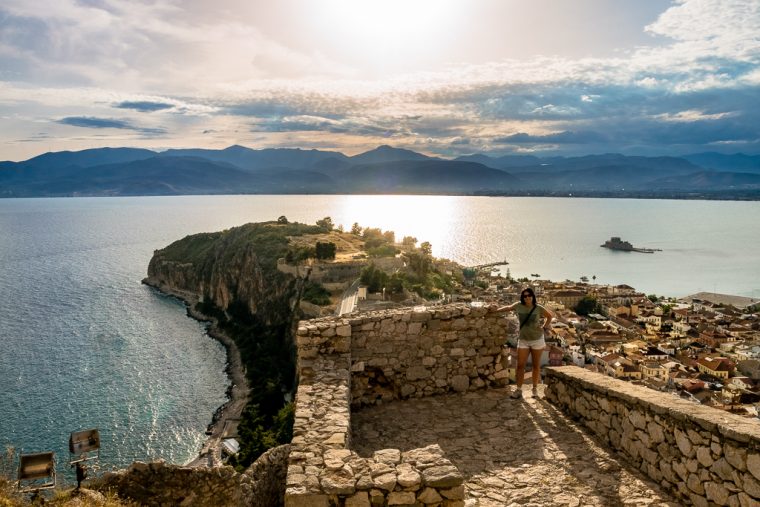 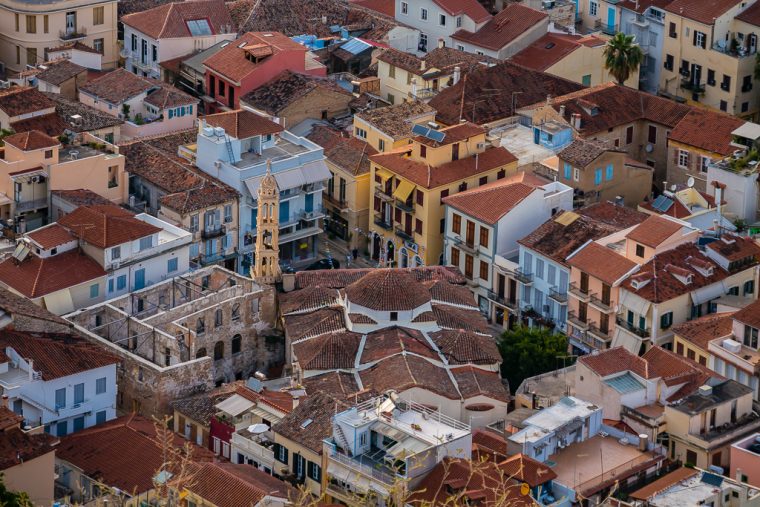 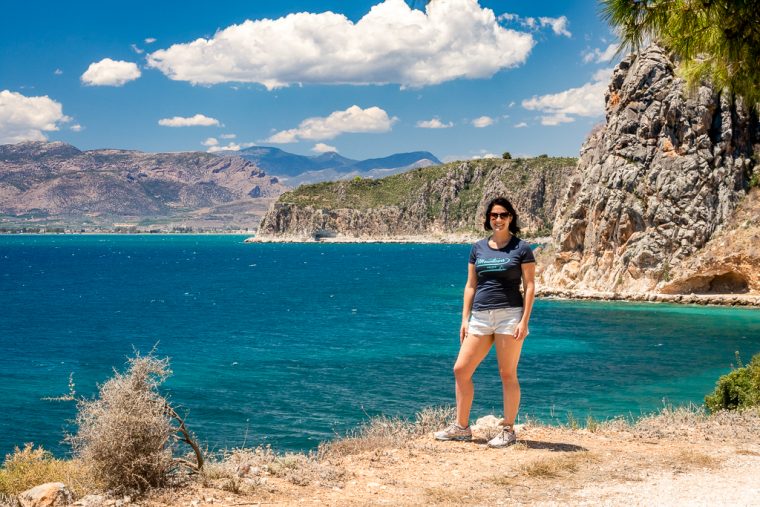 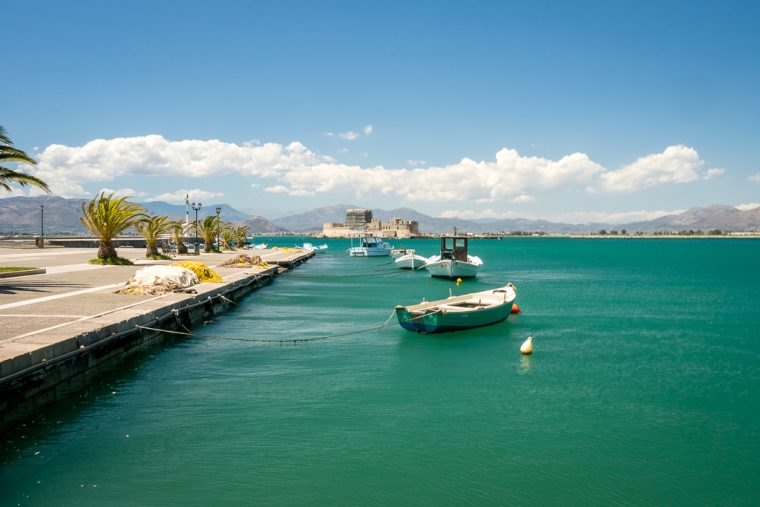 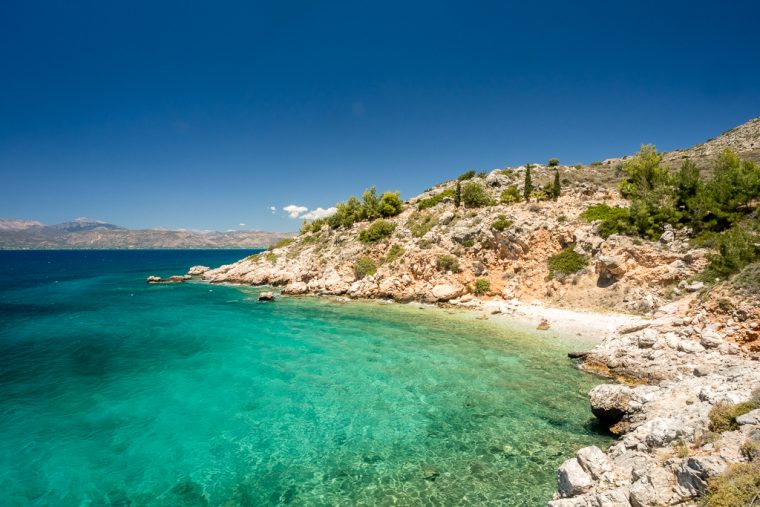 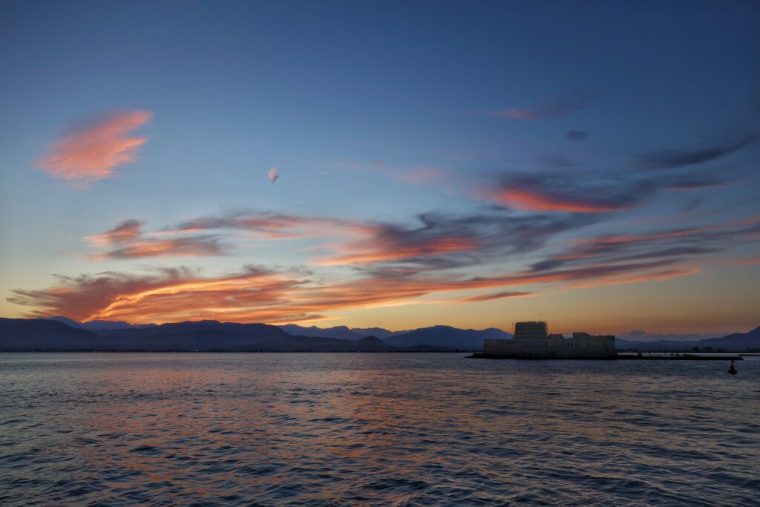 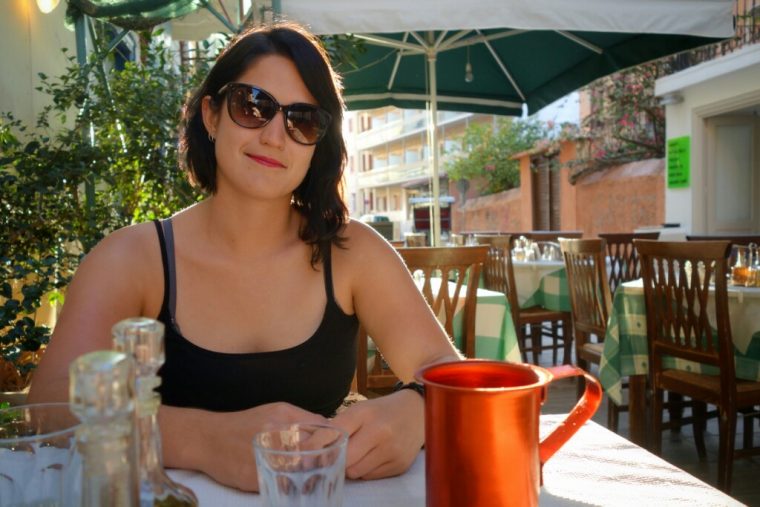 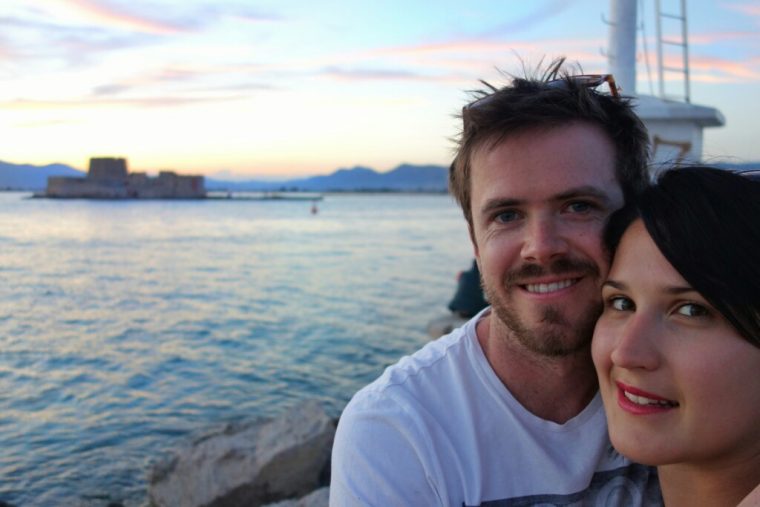 The relative quietness of Nafplio, and our next destination, Monemvasia was quite a pleasant surprise. It turns out most the tourists really do just go to Athens and the popular islands, and the locals go to the Peloponnese. Somehow we always seem to be finding such places!!

Monemvasia was also stunning, the day we got there our jaws dropped when we saw how beautiful and clear the water was! By this point we were pretty stoked to be on the Mediterranean, and couldn’t wait to go for a dip. 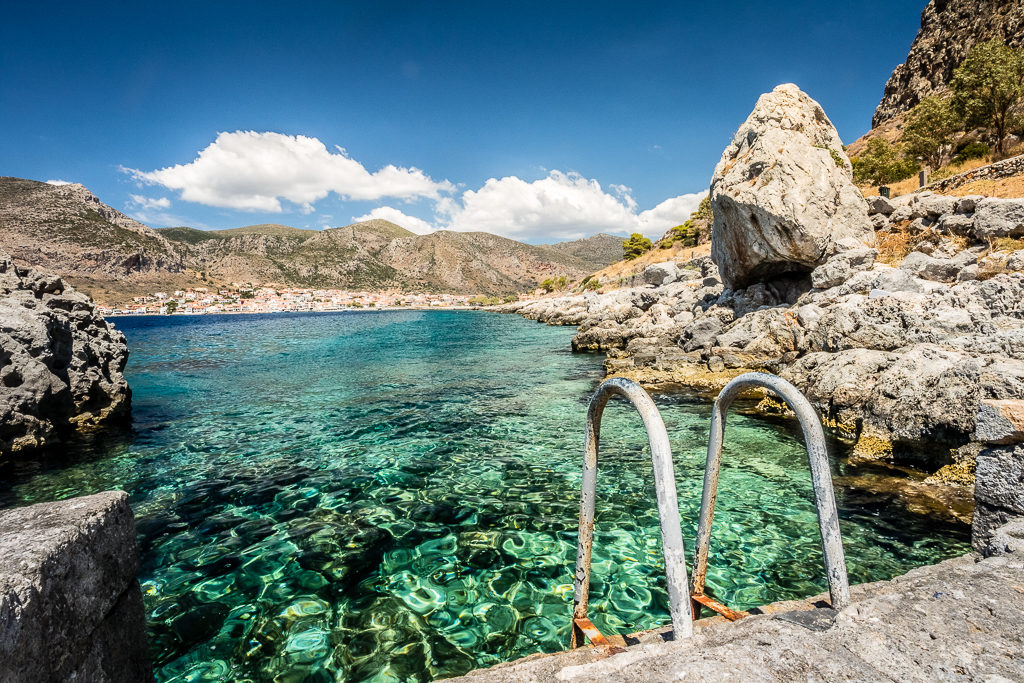 The island of Monemvasia, with its 300m cliffs, has an old town surrounded by walls and is hidden from the mainland. It has history  dating back to the 13th century, but was thought to have been settled in the 6th century. A fortress and churches were built on top of the cliff above the town, and over time it has been under Byzantine, Ottoman and Venetian rule. The view from our hotel on the mainland looked over to the island giving us something pretty nice to look at!! 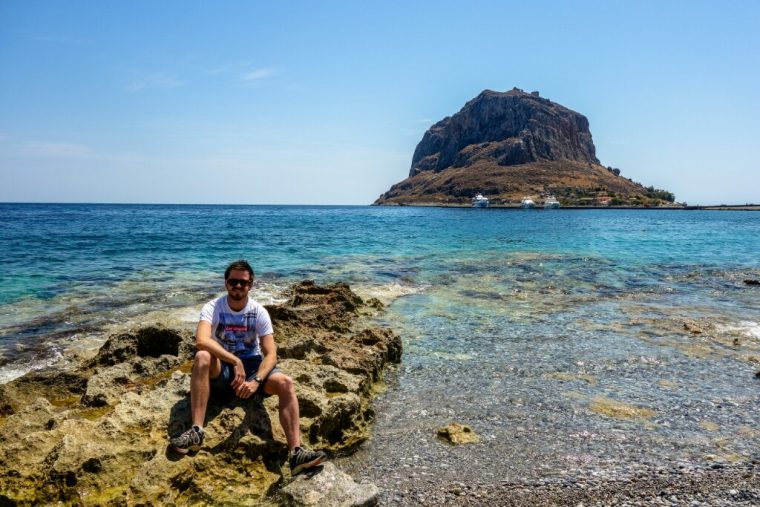 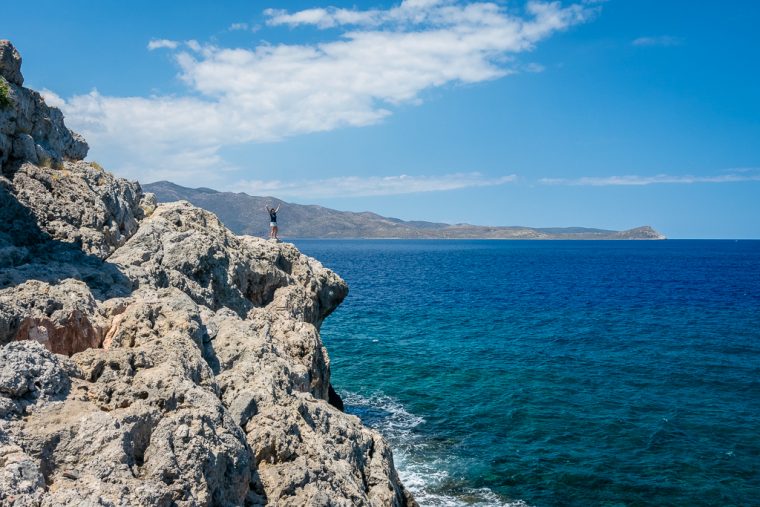 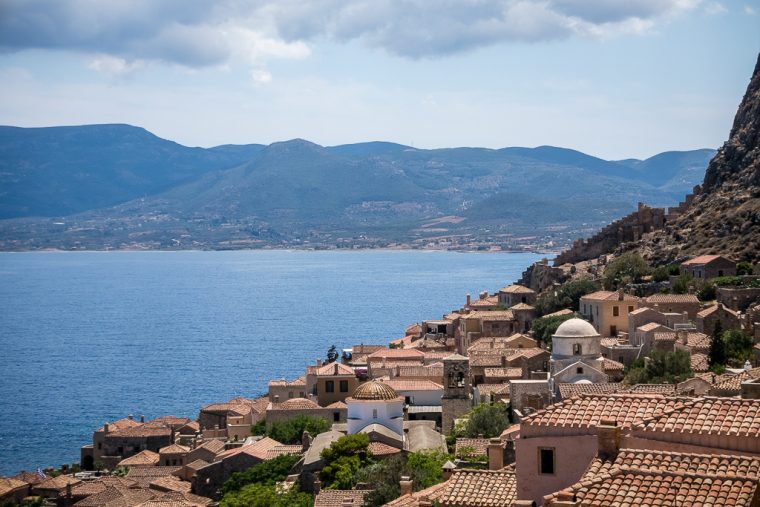 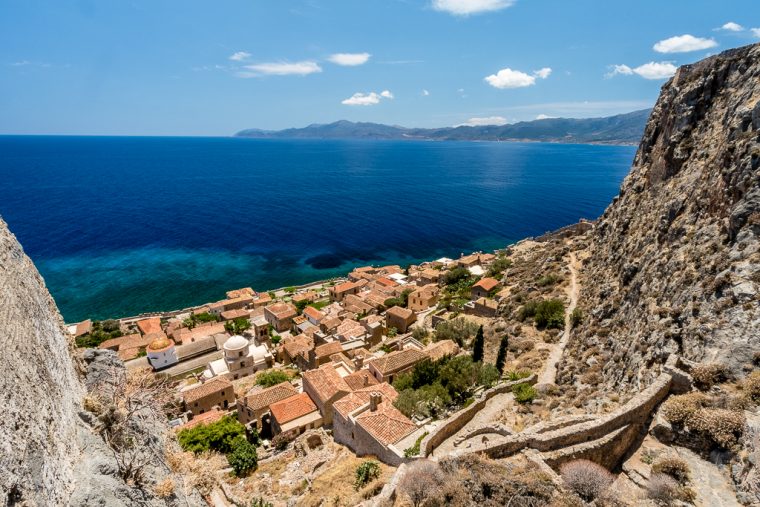 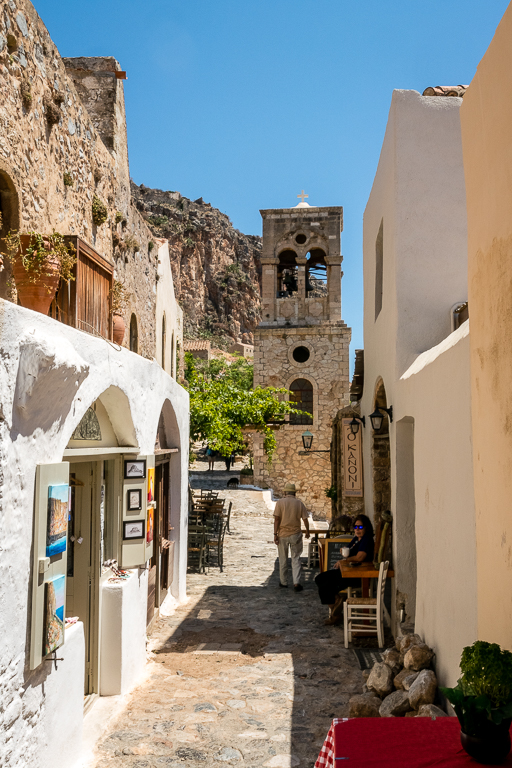 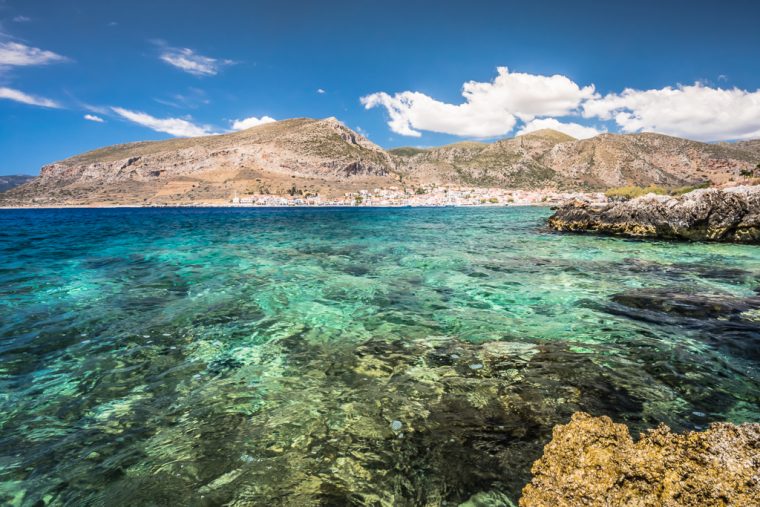 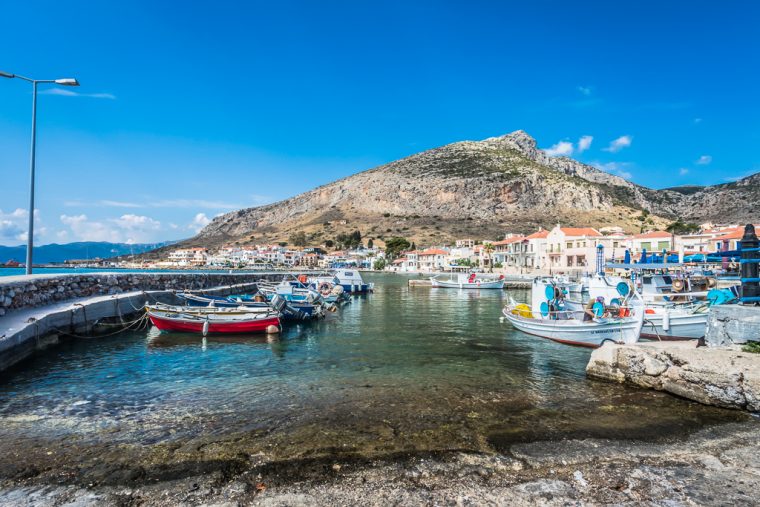 Now for the shitty part… It didn’t take us long to discover Greece wasn’t quite as cheap as we thought. We were still on a pretty tight budget,  and things were adding up fast. All of this meant we had to start buying food from the supermarket and having steamed vegetables for dinner… This was disappointing for us because part of our love for travel comes from eating the local food. This, plus the fact we had been looking forward to delicious Greek food for a while meant we started thinking that the rest of Greece might be a better place to explore when we were on a holiday with a bit more money. All of this lead to us deciding to cut our time in Greece short and head up the Ionian to Albania. We had heard they also had amazing beaches and that things were a bit cheaper. It was definitely the right decision as we are here in Albania now and don’t want to leave!! (Editors note – due to laziness we are actually in Montenegro now but this was written in Albania, We just didn’t hit Publish haha). We will let you know all about it soon. 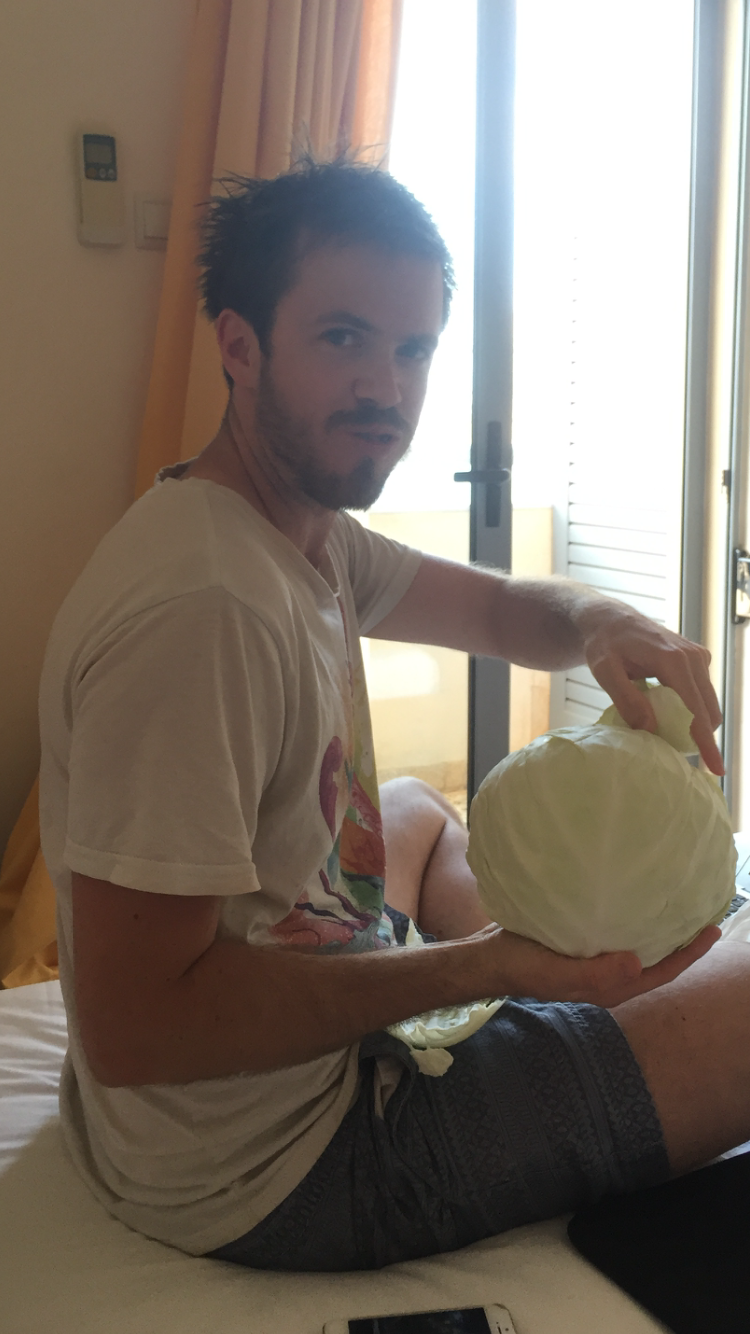 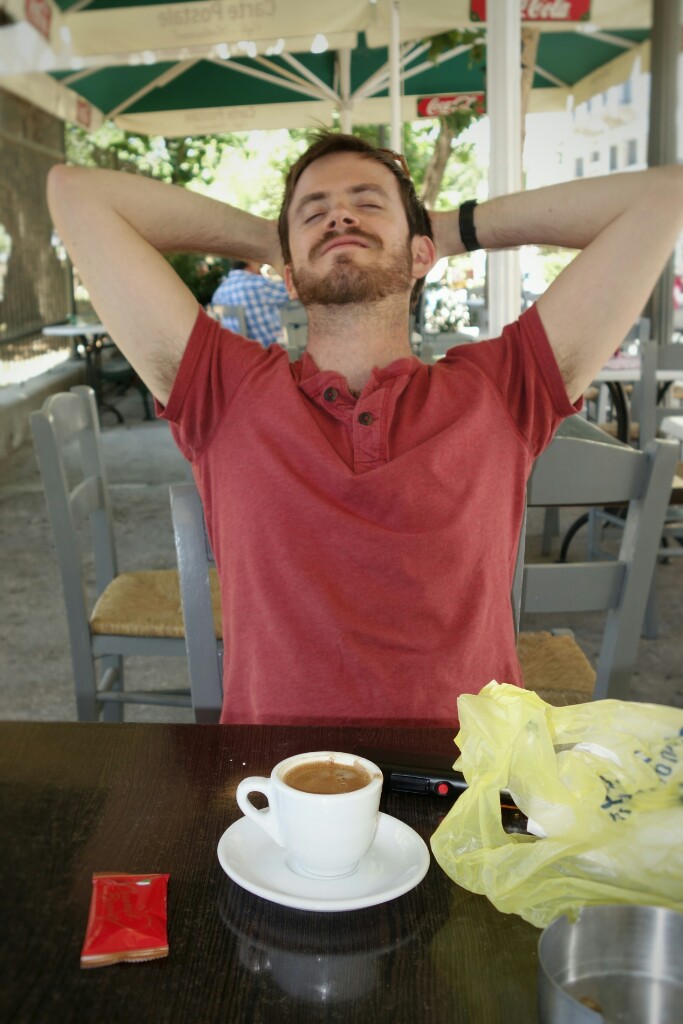 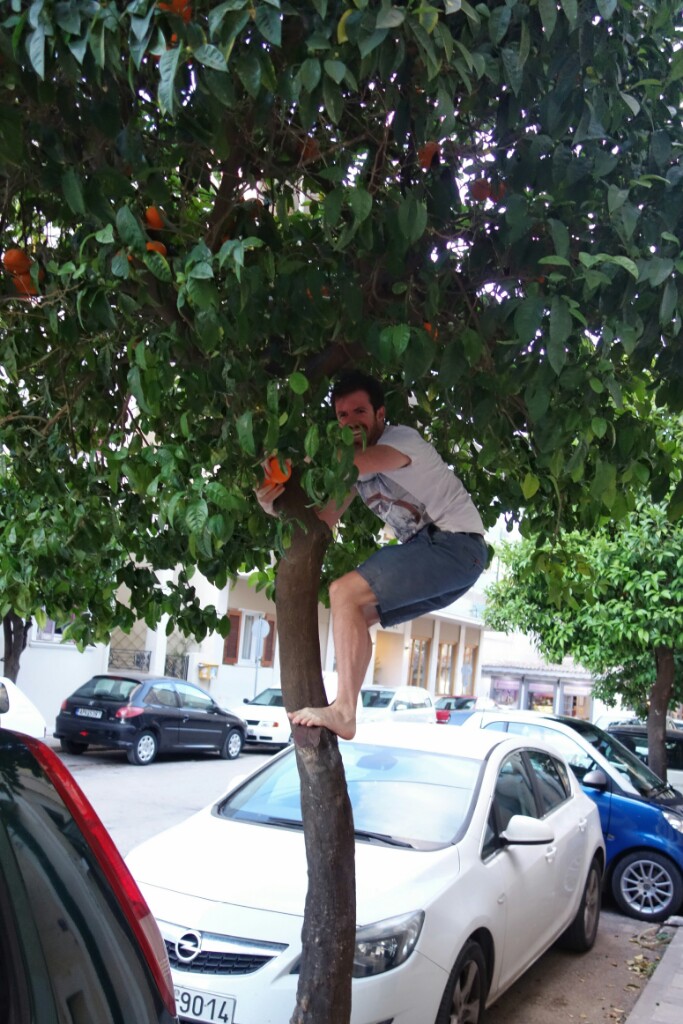 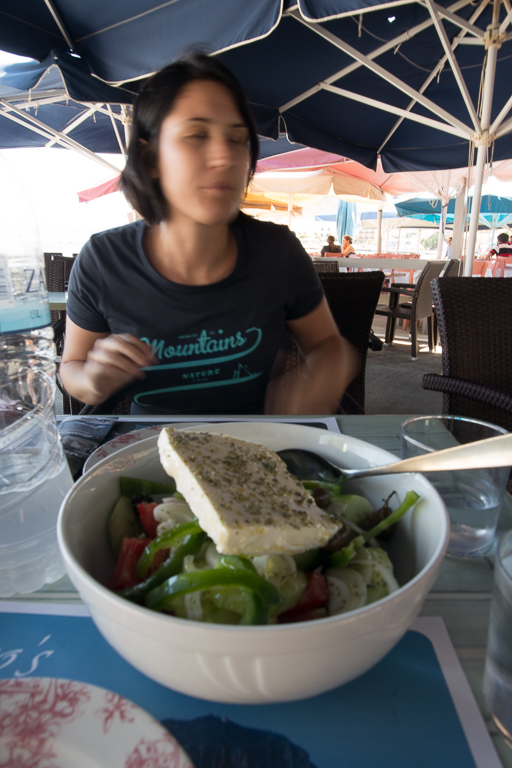