Farewell Thai islands, it’s been a blast, you have taught me how to dive, relax and of course how to party. You will forever hold a special place in my heart!

We have now left the islands, this last leg of our journey involved catching a seemingly overbooked ferry from Koh Phangan to Chumphon on the mainland, from where the overnight sleeper train to Bangkok departed.

The islands are truly beautiful and chilled however, because of this they are full of tourists, like us, which is great – everyone wants to enjoy the beauty. But, we both feel great about heading away from the hordes of tourists, especially after being shoved in and out of mini buses and ferries like cattle whenever you want to get anywhere, and getting charged “island prices” for everything (Basically double the price of a Pad Thai!).

We did of course have an awesome time on Koh Phangan, as you would expect when you are staying less than 50m from the beach, diving (more on that later), swimming, eating and drinking, lying in a hammock and watching the sun set with a meal that costs less than $5 every night! (Matt is doing up a post on costs of things so far in case anyone is interested). The great thing about Koh Phangan is that you can have really varied experiences in the one place. From partying till dawn at the nightly parties all over the island to chilling in a yoga and meditation hotspot on the west coast – it really has it all. The best way to see the island is by scooter which we hired for 4 days. It is a great way to get around and find some of the hidden gems, such as a “restaurant/ladies living room” where we got a Pad Thai at similar prices to the mainland ($1.50). 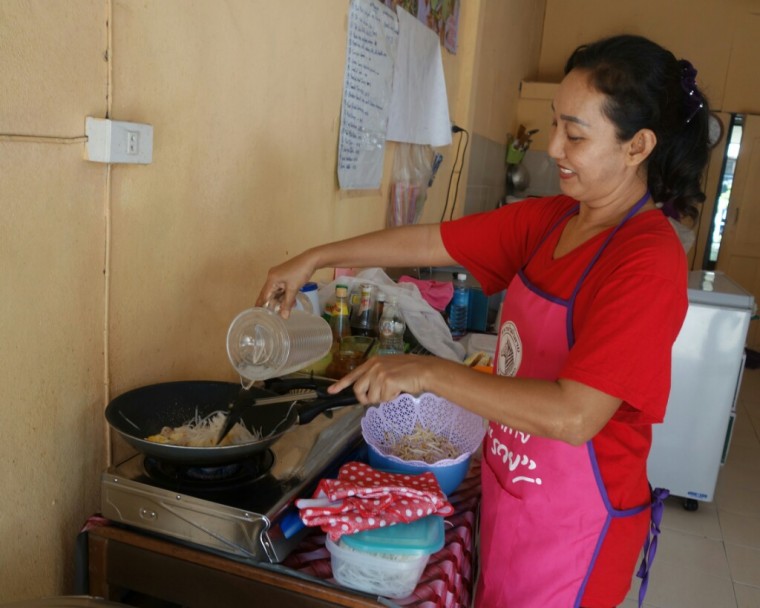 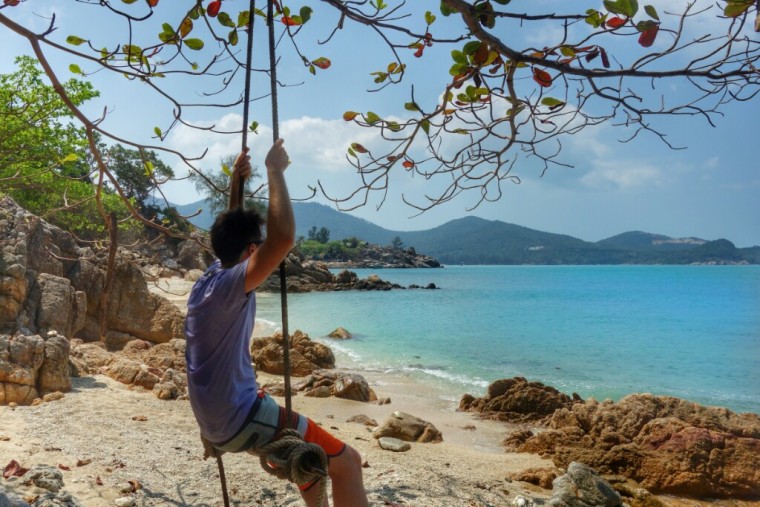 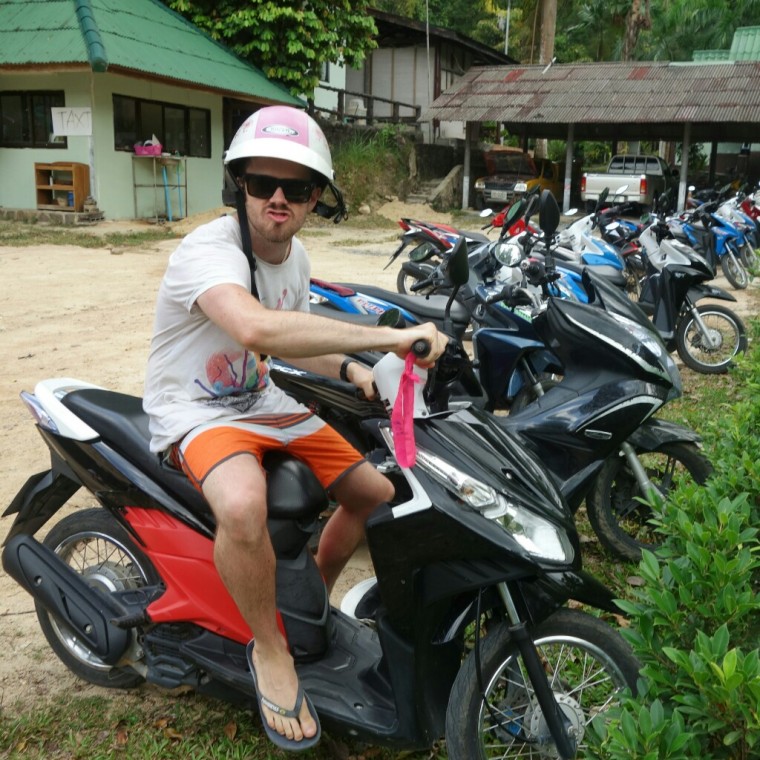 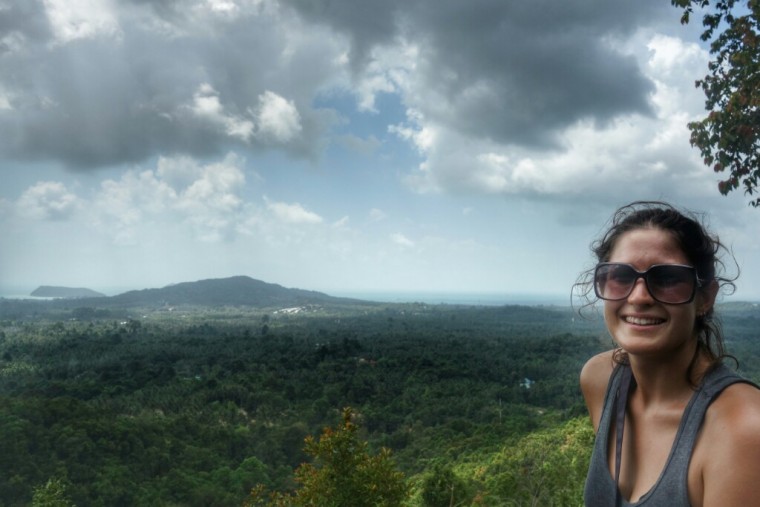 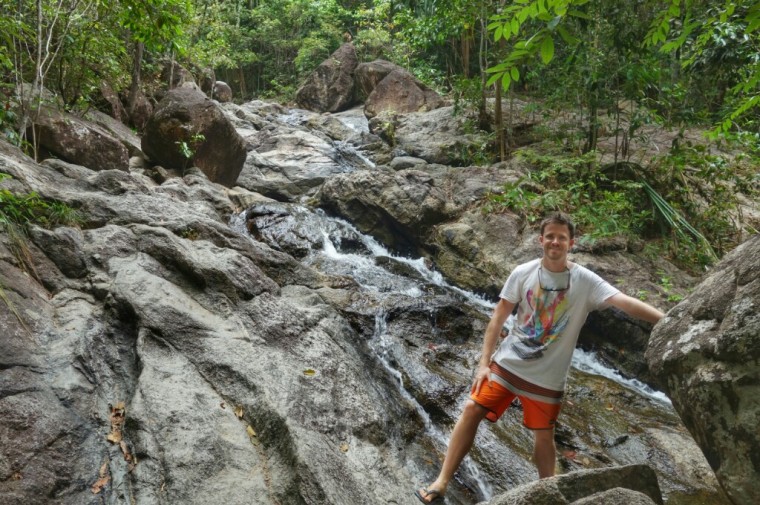 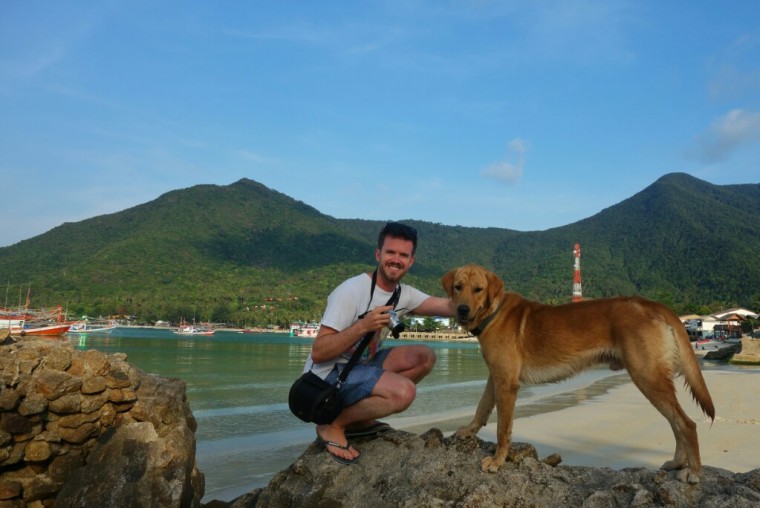 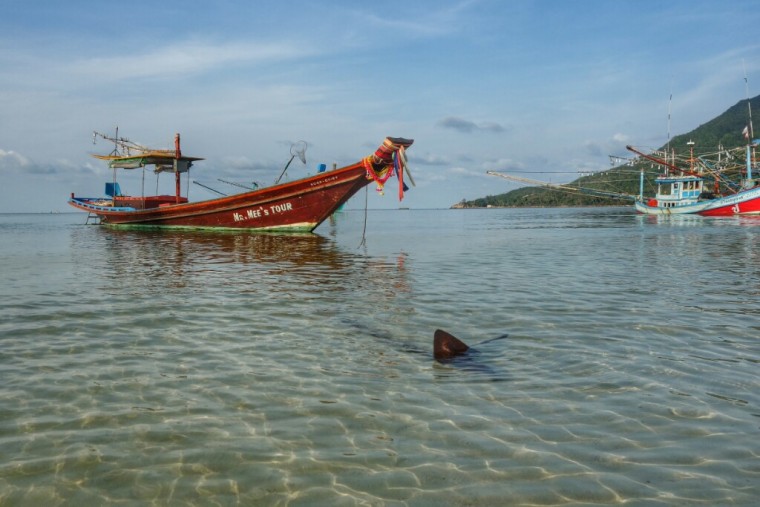 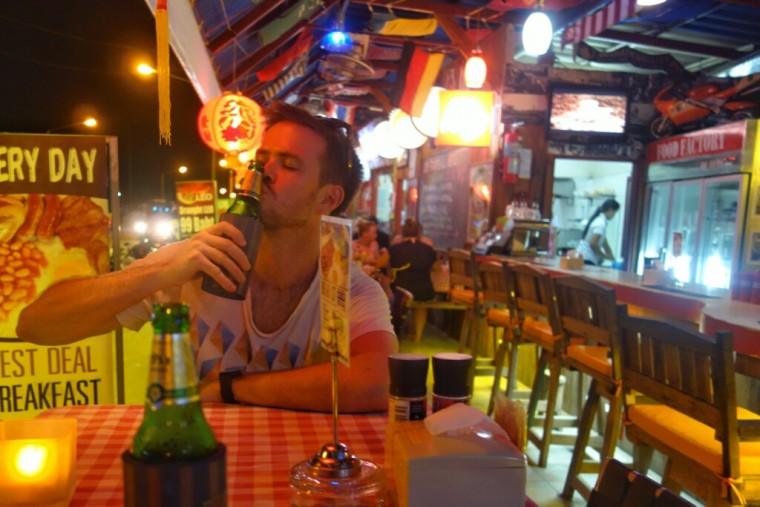 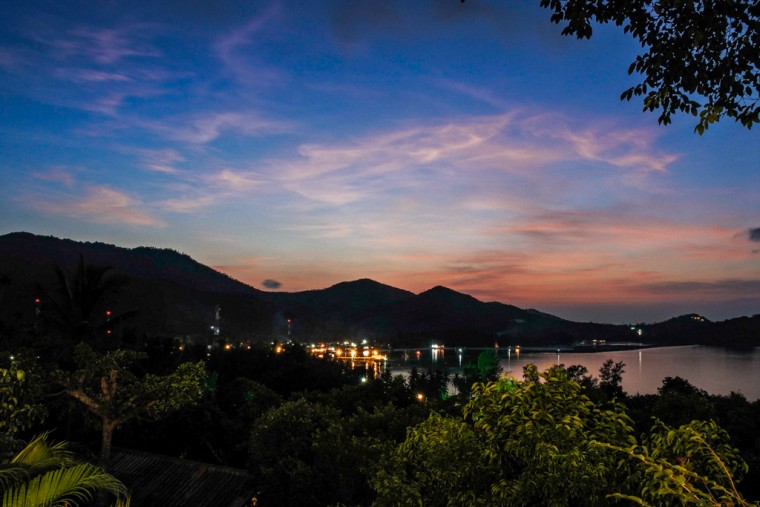 Just a bit about the diving. I was planning on going to Koh Tao to do my PADI dive course. Our gut feels on this were to perhaps just go to Koh Phangan and try and do it there. It is supposedly cheaper to do it on Koh Tao, but that also means that EVERYONE is going there to do the course. So we followed our gut feeling and chose to go to Koh Phangan and our feelings were instantly confirmed on the ferry ride over. There was a massive horde of people heading to Koh Tao after we got dropped off and we knew the diving would be hectic. We later found out that they call Koh Tao the “dive factory”. So we headed directly to the north and quiet side of Koh Phangan to a place called Lotus Diving who, had a PADI dive course on special for the same price as you get on Koh Tao, plus, I ended up being taught one on one! What a way to learn. Additionally we were given really nice accomodation for half price because I was doing the course. Finally some Air-con! I would recommend the place for everyone, the only thing is that they could update their wetsuits – the day Matt dived, well, lets just say we were all lucky he chose to wear underwear that day. While the course was great and the feeling of diving is awesome, we were actually really unlucky to have terrible visibility – less that 2m on one dive! But nonetheless I loved the new found feeling and Matt just enjoyed getting under the water. 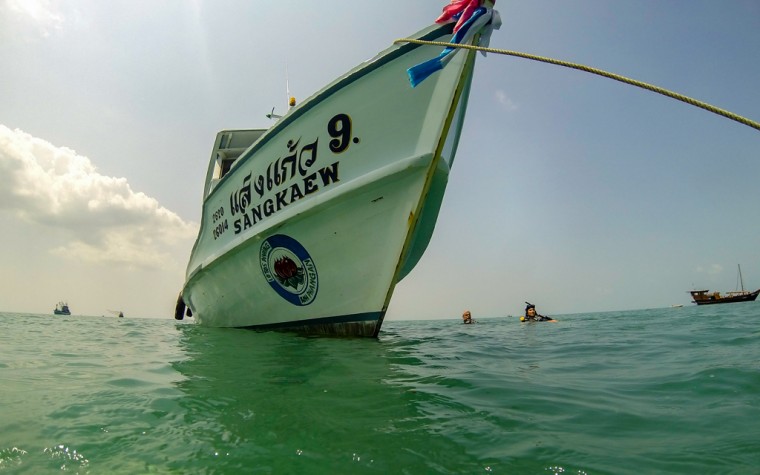 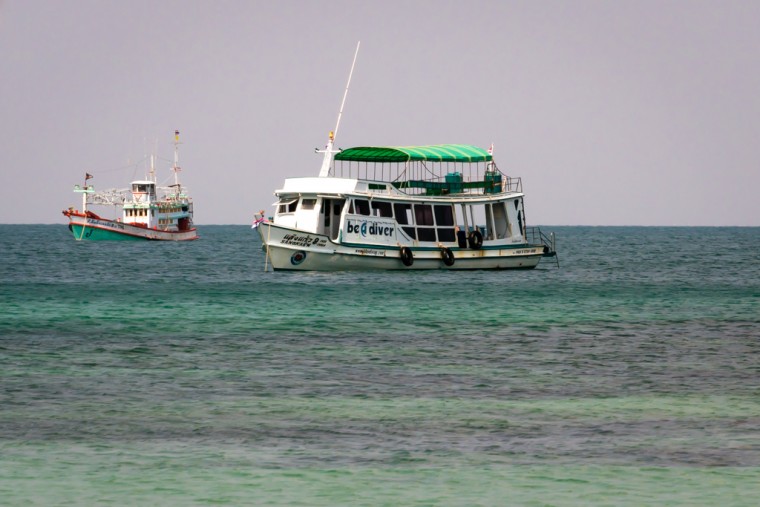 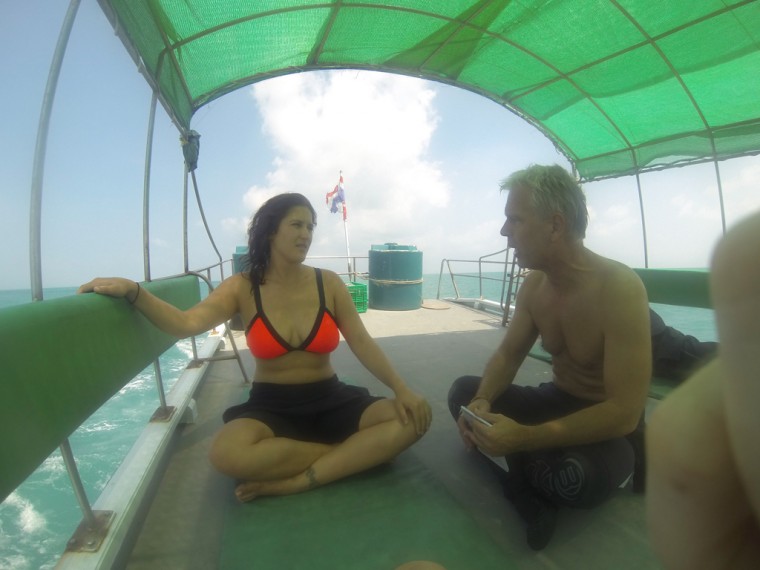 After 8 days of relaxing we arrived down in Haad Rin (This is the main beach where the full moon party is held) the day before the big party and we were looking forward to letting our hair down, but also feeling a little apprehensive about what the party would be like, as for so long you hear about this party you just know it’s going to be absolutely massive! That night we had a few drinks on the beach and joined in the conversation with some friendly looking Americans, Lizzie & Raquel, and Northern Irish couple Emma and David. The next night (full moon party wooh!!) after donning some fluro paint we met up with these guys again. Once we were down there with our drinks and friends all the previous apprehension just melted away. The beach was set up with different stages and every kind of electro genre on the planet, there were food and bucket (small buckets filled with a can of soft drink, a small bottle of spirits and a red bull – a lethal combo) stalls set up all the way along, fire shows and of course thousands of people in fluro all with big smiles on their faces – just so happy to have made it to the full moon party and all having a ball. Matt managed to get lost a few times, getting disoriented by everything that was happening (and maybe a few too many buckets) Matt here – It was crazy I would literally say to the guys that I’m getting a bucket, walk 5 metres to the bucket stand and turn around and bam – I am looking at thousands of people who are dressed up just like Sheree and realise “I am lost again – shit!”. It was ridiculous and it kept happening all night haha! but luckily we had a meeting point where we would find each other. When the sun rose over the beach the next morning I couldn’t believe it was daylight already and we had made it! 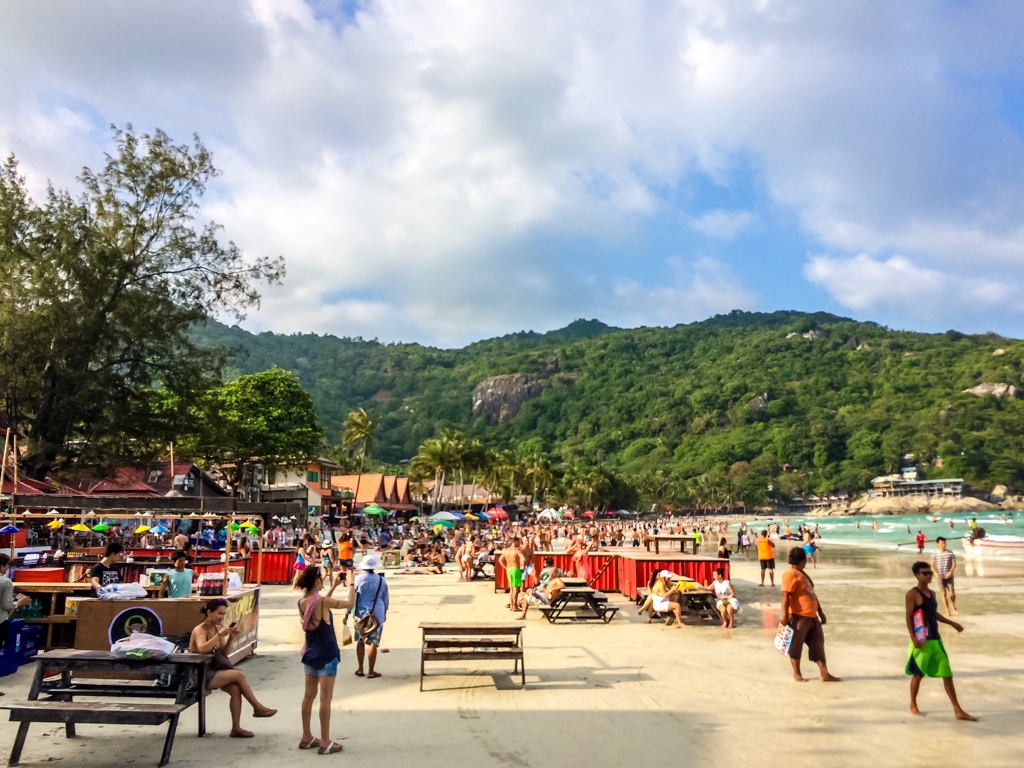 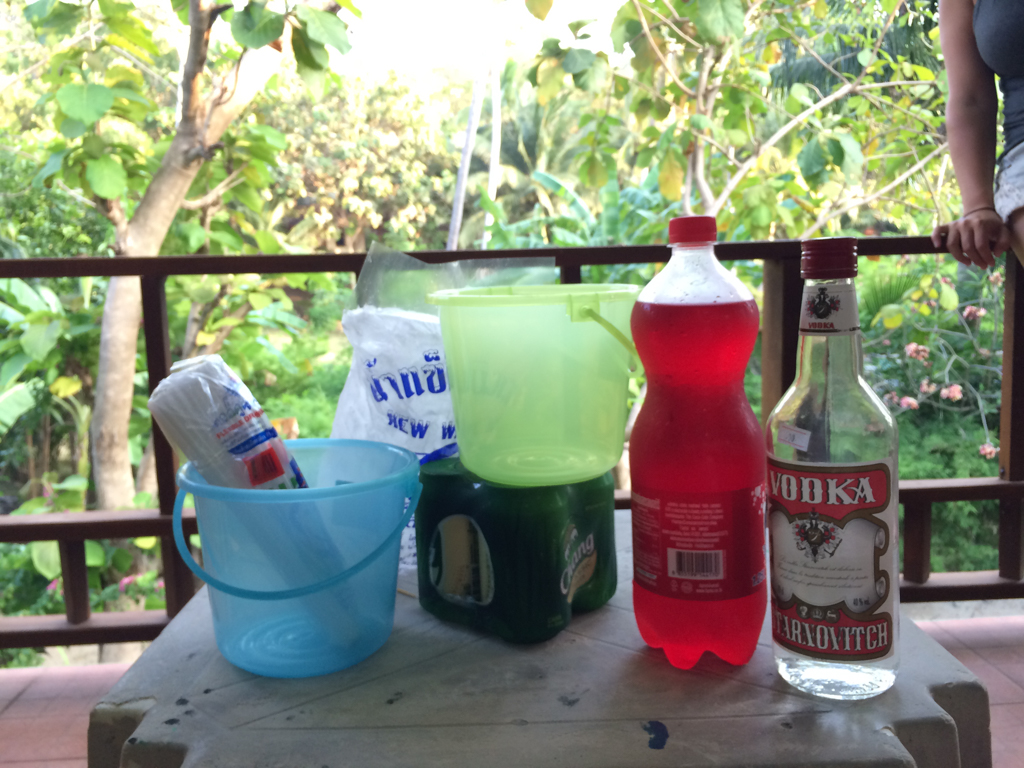 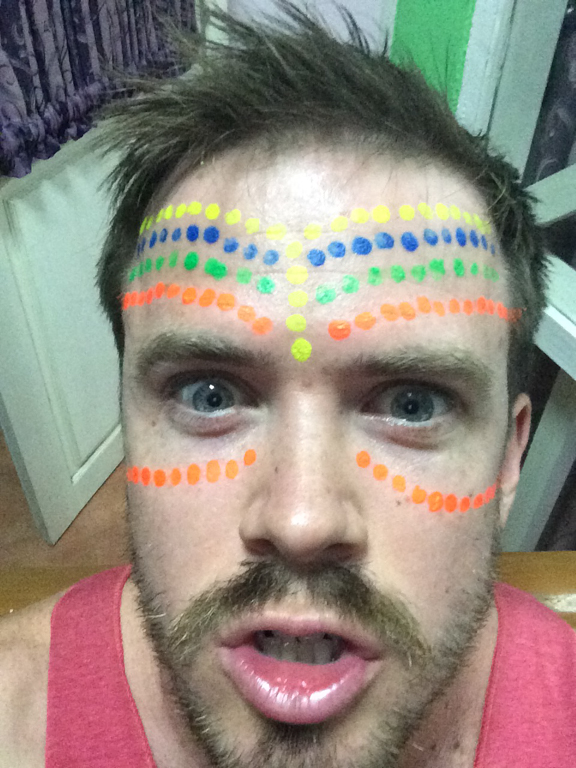 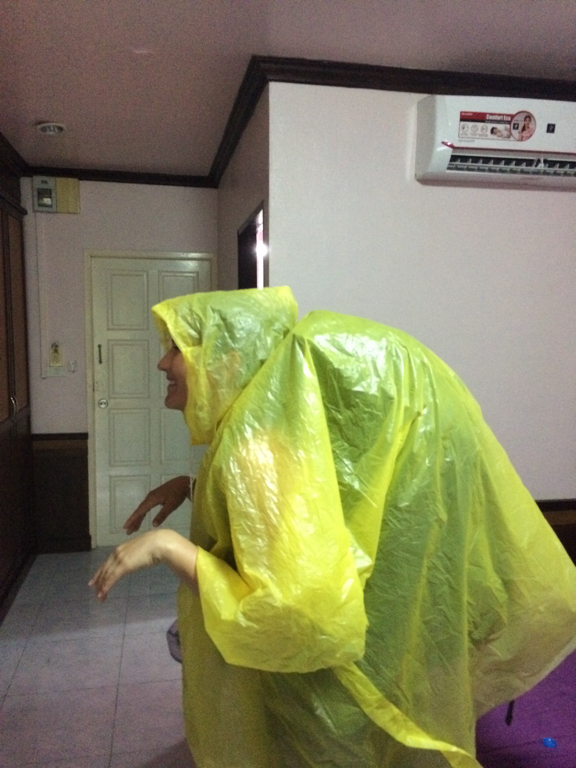 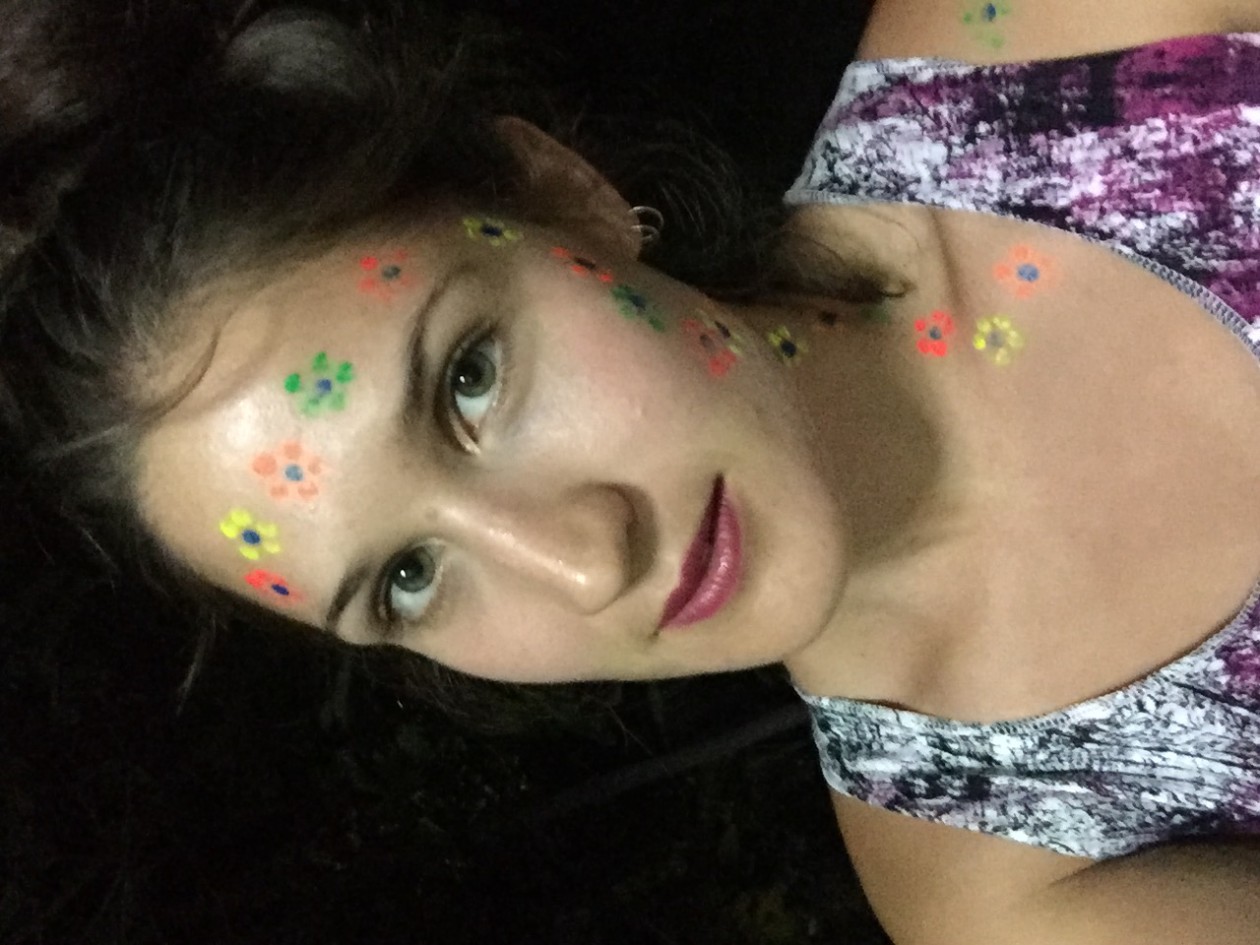 Following such a massive night (and ingesting I would assume some sort of Thai methylated Spirit instead of vodka) we had a full (and much much much needed rest day omg) and then began the journey to Bangkok. We will put up some info about that part of the journey in our next post about Bangkok. Needless to say we didn’t get here in the classic way of flying or taking a minivan, we took a Thai night train but we both didn’t get much sleep haha. It was pretty mental but another awesome experience to be riding transport with a lot of locals and seeing how they do it. I am now sick with some sort of cold/flu thing and seem to be breaking out in bites or sores – Hey travel is not all fun and roses (not sure if that is the saying), there are the realities of it too but as crook as I have been in Bangkok I am truly loving this city – it has a heaving energy that you can’t help but become intoxicated ANYWAY more on Bangkok in our next post!

Below is a link to someone else’s video of the Full Moon Party. We didn’t want to risk our cameras or phone out but seriously, this video is exactly what it is like!

One thought on “Koh Phangan”