Penang and the Journey to Krabi

Hello from Krabi Thailand!
So we have just completed another fairly long leg. We can’t believe how far we have travelled since leaving Singapore only a few days ago! Our journey has taken us through some real gritty and poor backwaters, where we have literally turned to one another and said the name of our blog, several times! 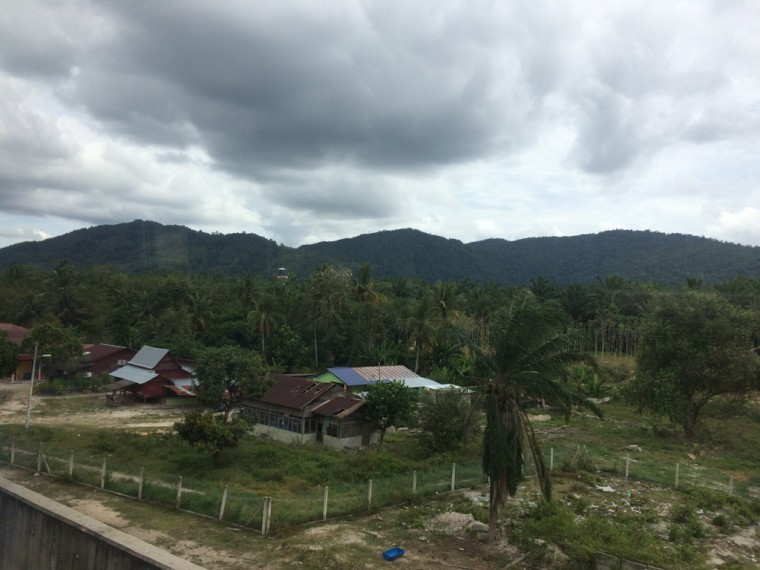 Georgetown really was an interesting little place. See some of the pictures below of some of the buildings there. Not what we expected to find in South East Asia! 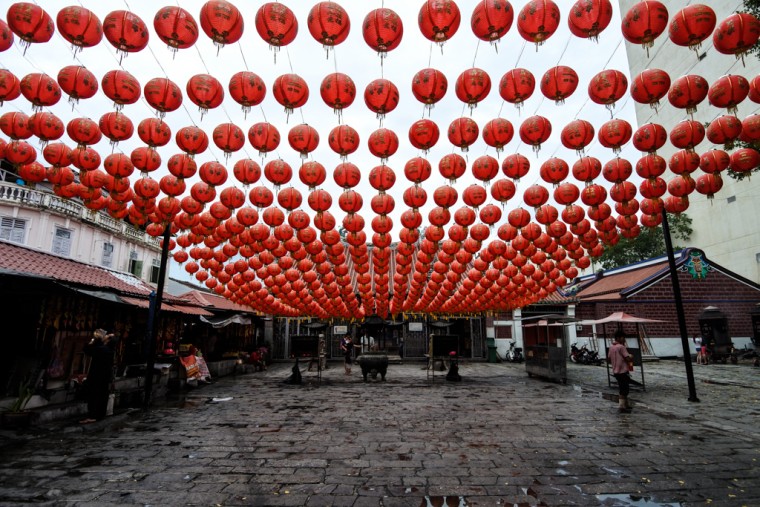 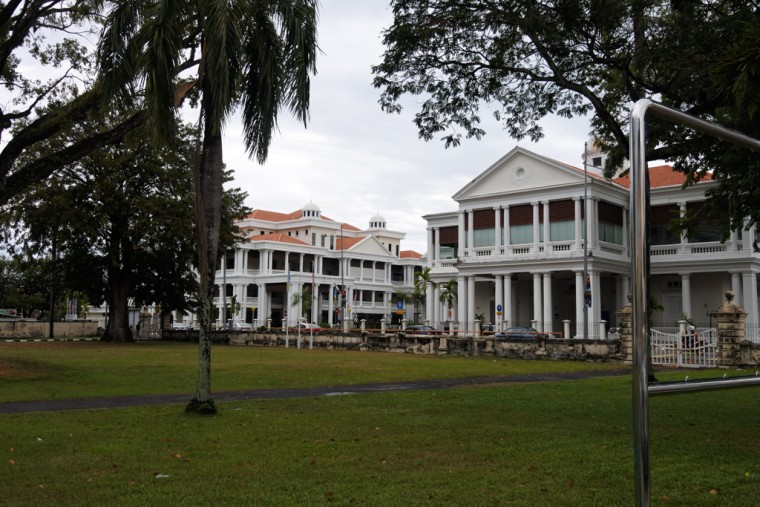 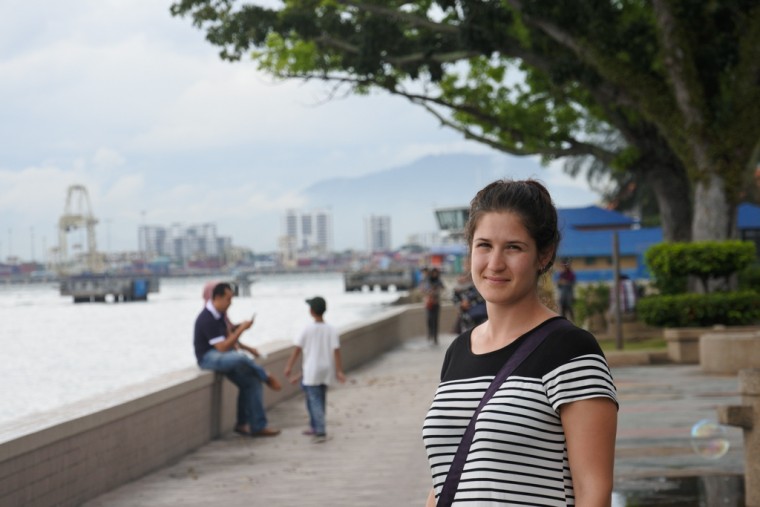 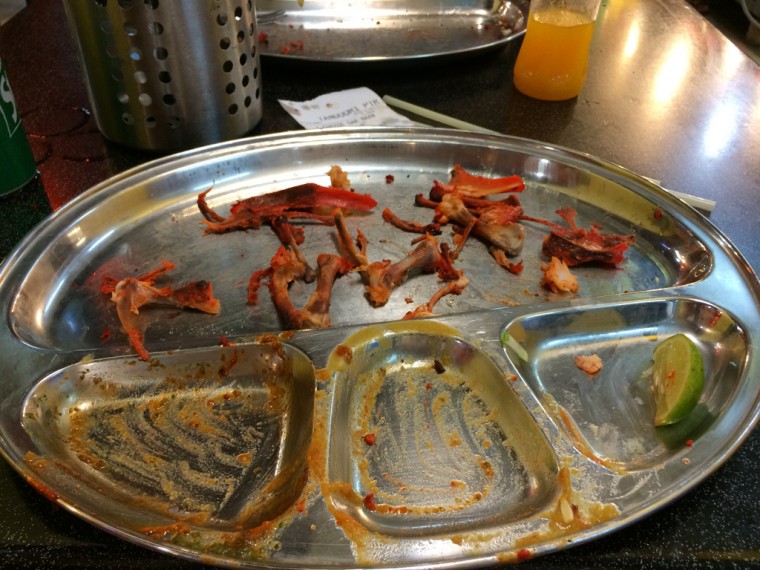 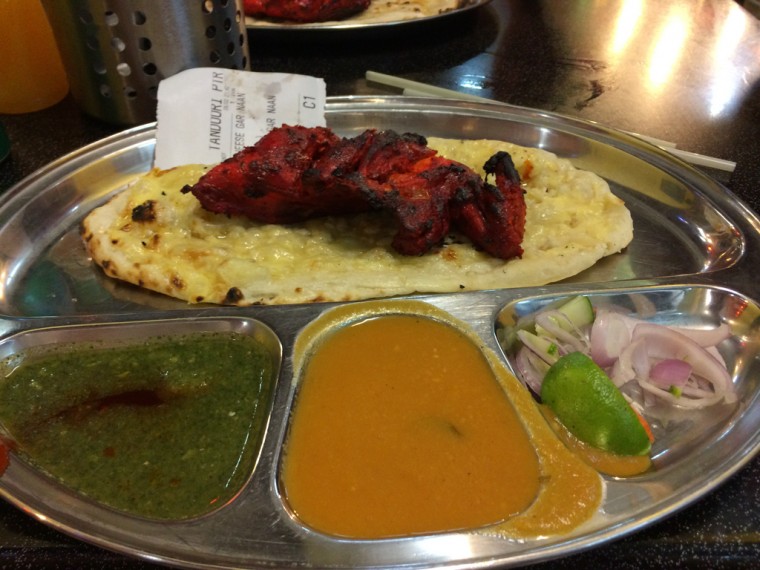 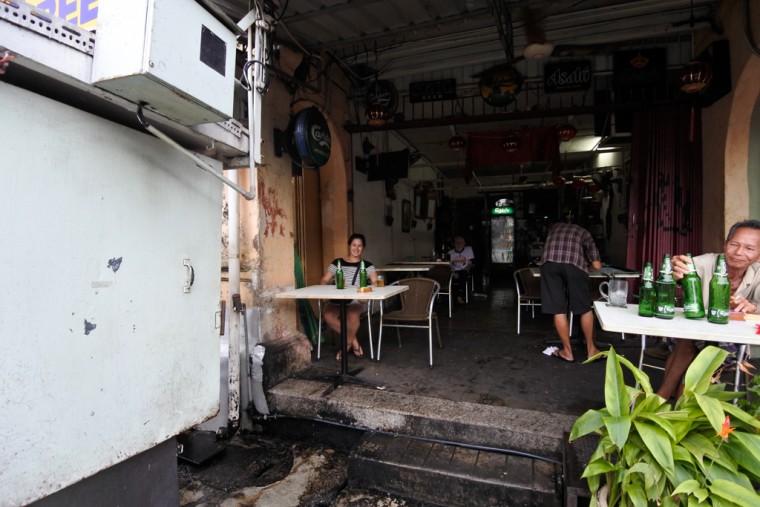 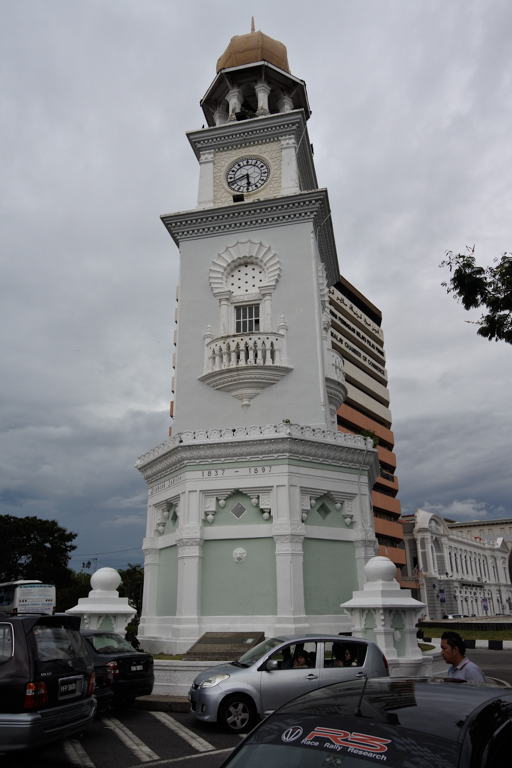 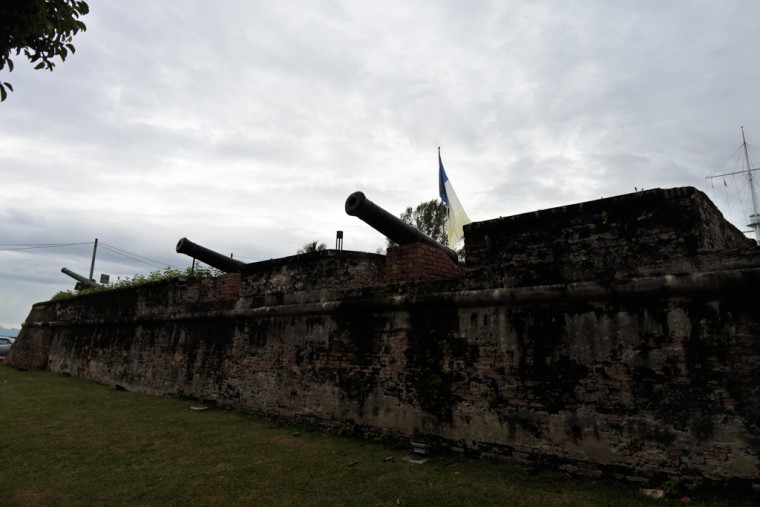 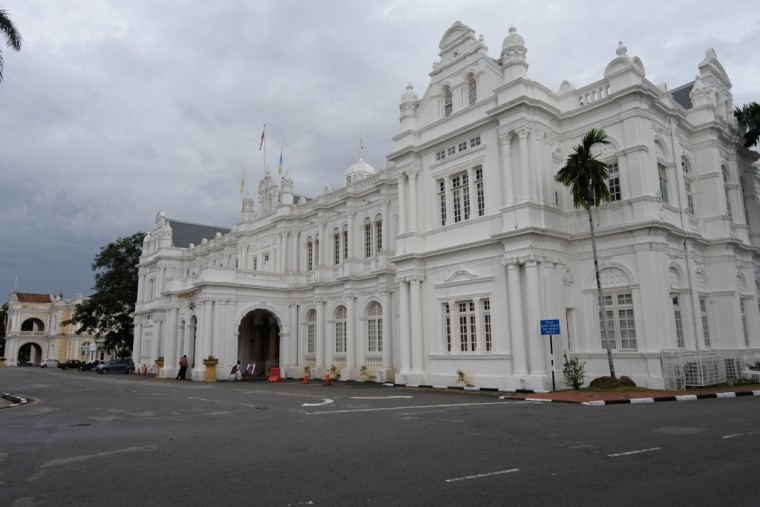 A little bit of a recap from the journey from Penang Malaysia to Krabi Town, Thailand.

Another early start today. We have grown accustomed to lack of sleep and it pretty much feels normal now. Which is a good thing! We are now in Thailand where good food and cheap beer does wonders to a persons mood 🙂

After a ferry and 3 hour train (of which we managed to get the last two tickets!) from Butterworth station in Penang we crossed into Thailand at Padang Besar. It was here we realised that we had no Thai Baht, the local currency (Thai Batt in Sherees own language she runs with over here). Worried that we wouldn’t be able to pay for the visa and train ticket onwards to Hat Yai (Hat Yo in Shereeish) this gave us a bit of a panic. I was relieved to know that I had a US$50 bill in my bag from the team at work 🙂 turns out we didn’t need it as the Thai visa is free and the train peeps accepted our Malaysian Ringitt (Ringot in shereeish). The whole ordeal was still fairly hectic as the cool paced Malays were swapped for the animated Thais. Welcome to Thailand I guess!

At Hat Yai, we swapped the cruising and smooth train for a Thai minivan. The bus operator told us the price to Krabi was 650 Baht. I lied and told him a friend of mine has done the very same journey for 400 Baht. After lots of arm waving and “no no 400? No this impossible” he plugged 500 into his calculator and it was a deal!

While waiting for the bus, We had a look around Hat Yai, it was fairly “culture shocking”. Only really because this is not a city that is visited by western tourists and that was quite clear. Very basic English spoken (“yes, no, more money”). I remember seeing only 3 Caucasians. One couple and a middle aged man. But straight away the differences between the towns of Malaysia and Thailand were pretty clear! Thailand is just more “anything goes”, where the roads are worse, the streets smellier and what looks like a street power line to every appliance! Upon finding the nearest western restaurant we thought we would take a capsule back home for half an hour. Yes our first meal in Thailand was KFC! But it was very different! Their wicked wings have all the Thais 5 food senses in one- sweet sour bitter sweet and the other one. A-mazing. But never again, not in this country of wonderful food! But when your tired run down and feel like a very very long way from home sometimes it’s nice to just escape it, if only for a while. 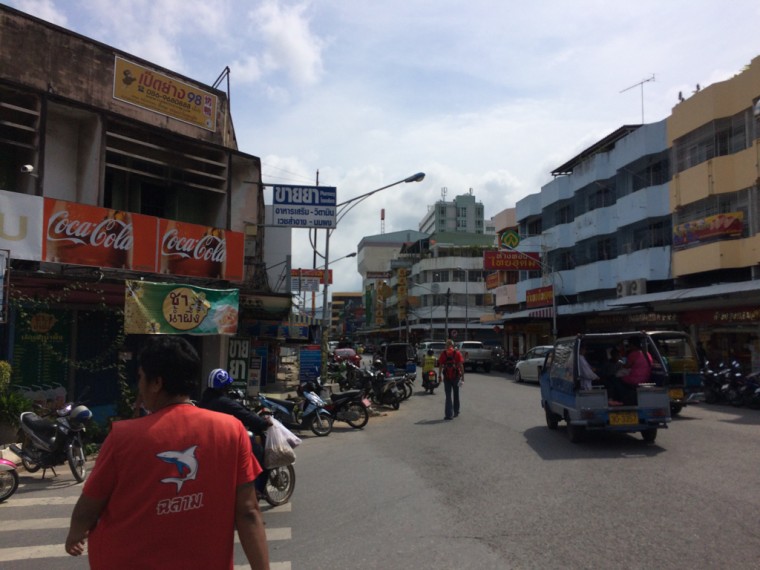 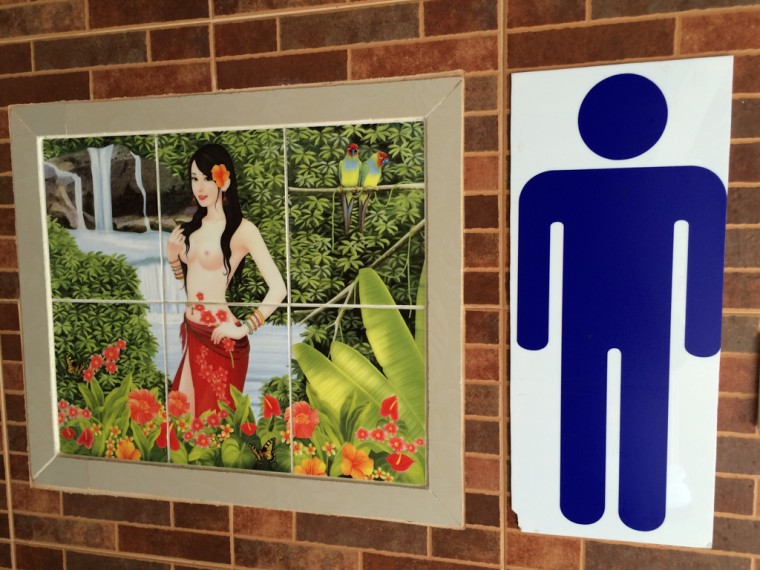 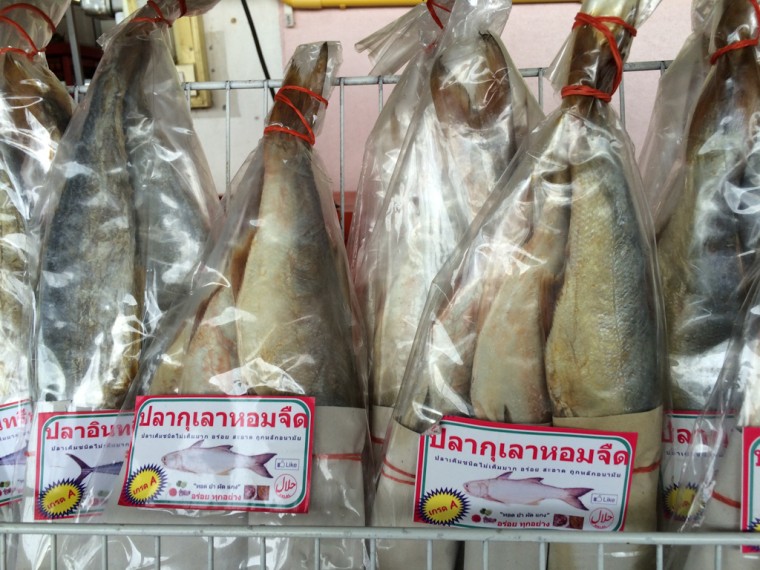 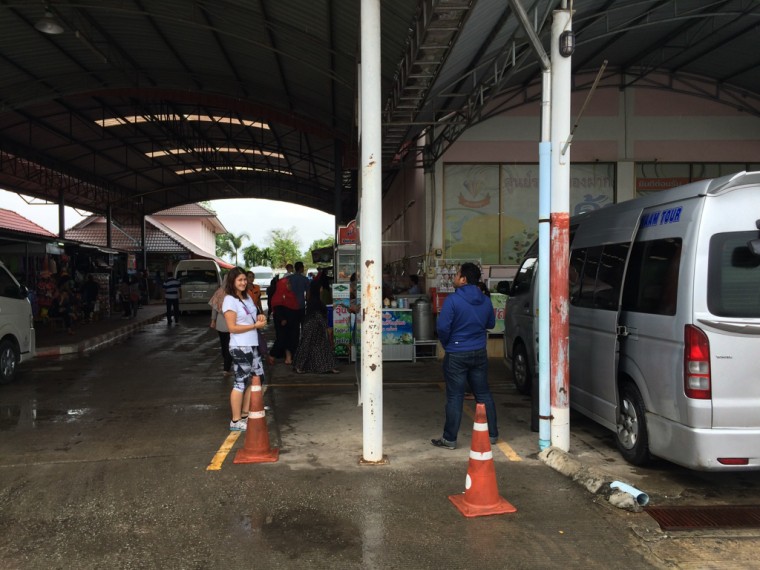 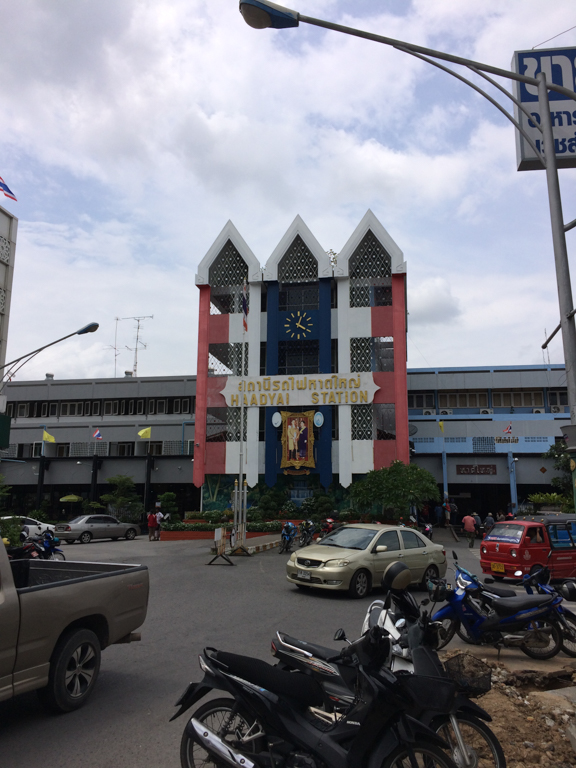 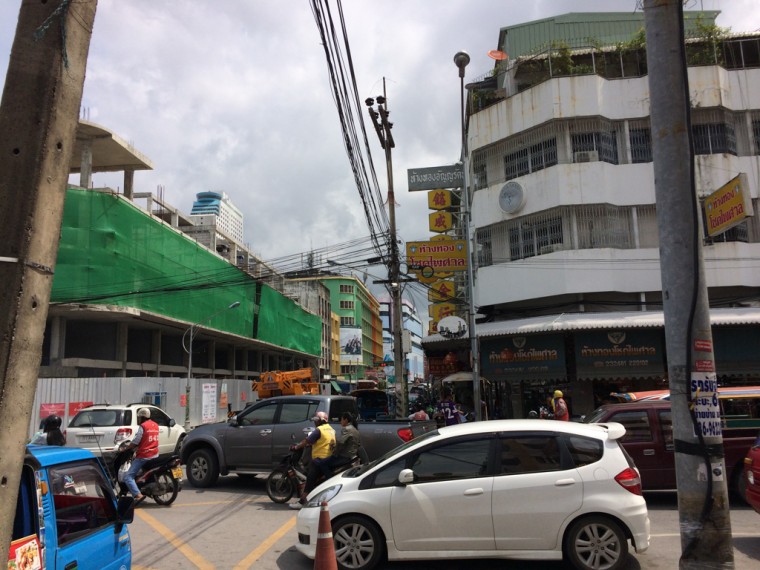 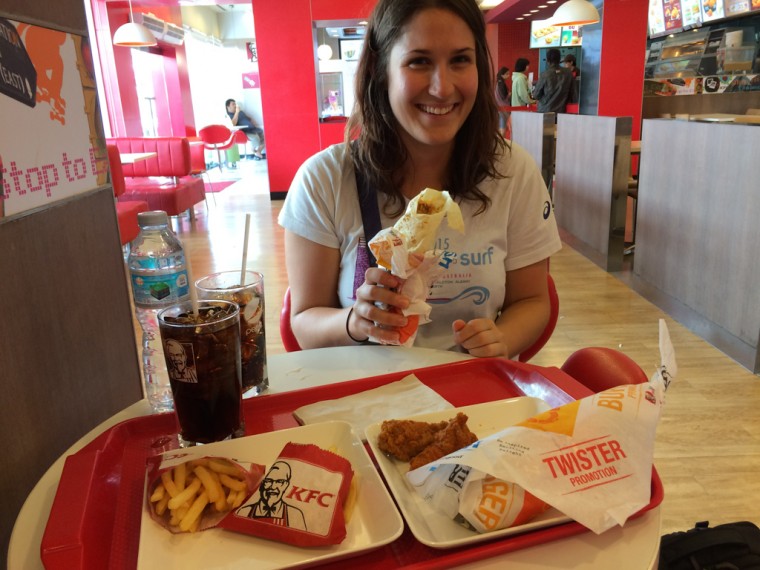 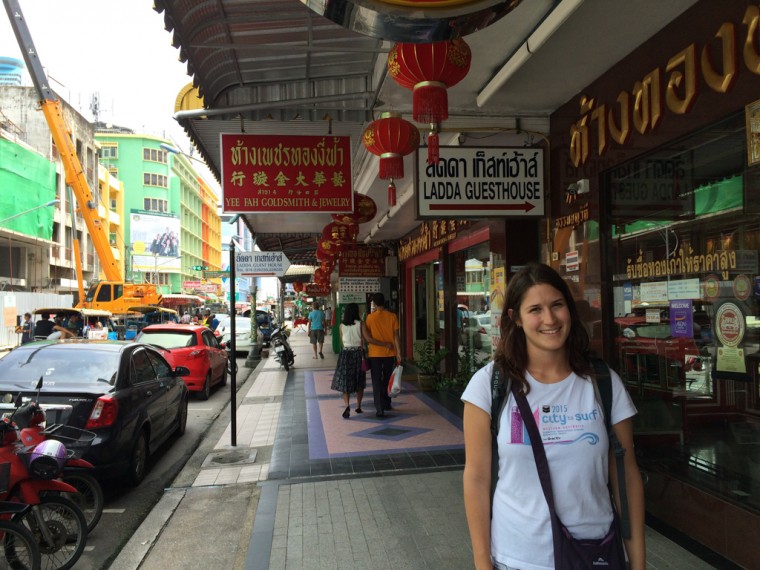 Our bus came at around 12:30 pm. It looked full when it arrived but in true Thai fashion we all fit in quite well! Getting driven somewhere in Thailand feels like you are in a constant race with other vehicles in your class. All vans are racing vans scooters racing scooters, and our driver seemed to want to win, or die trying. The accelerator pedal must only have two speeds. Zero and flat piss. Having been soothed to sleep during the first hour of the trip by bumps and local Thais laughing about jokes we weren’t in on (probably us) we awoke to some nice Thai greenery ad mountains in the background. Sheree remarked that she wished she was still asleep because the driving was so terrifying. I wished that the driver would just admit defeat and slow down, at least during the heavy rain! Another 2.5 hours and we had finally arrived where we had been aiming for since we left Singapore. Krabi and the gateway to some islands.

This entry was posted in Southeast Asia, Thailand

6 thoughts on “Penang and the Journey to Krabi”